Steiner: Binotto told me next season’s engine will be the bomb 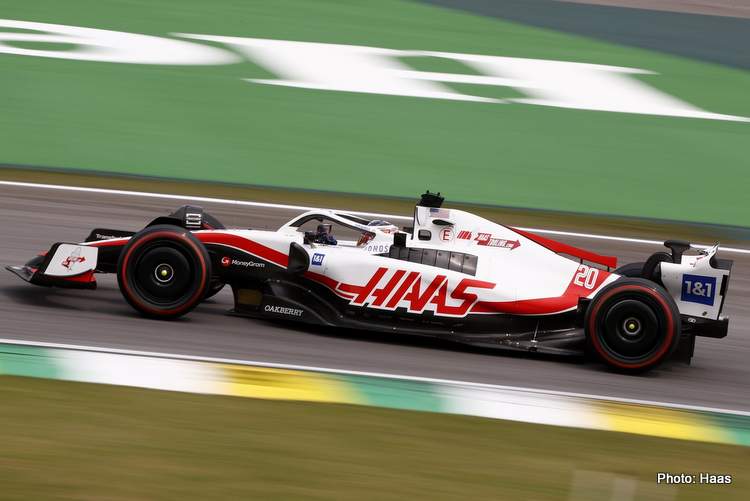 Haas can look forward to an improved Ferrari power unit to propel their cars in the 2023 Formula 1 season, as Guenther Steiner revealed Mattia Binotto told him as much.

Ferrari turned up with an impressive power unit bolted to their equally impressive F1-75 in 2022, and Haas being one of two teams running the Maranello units (Alfa Romeo the other customer) benefitted from that.

However, Ferrari’s power unit fell prey to reliability and was dialed down towards the end of the season to avoid further failures to the two a piece Charles Leclerc and Carlos Sainz suffered.

But work is being done by the Scuderia engineers to sort our the 2023 power unit, something that was communicated to Haas boss Guenther Steiner by outgoing Ferrari boss Mattia Binotto.

“On Thursday I met Mattia Binotto and he told me that next season’s engine will be the bomb,” Steiner said on Sunday.

He was attending the Trofeo Lorenzo Bandini award which Kevin Magnussen was selected to pick up after his 2022 comeback season.

“In Emilia Romagna, there is a lot of support for Ferrari. And if it [the engine] is competitive, it will be positive for us too,” Steiner added.

Reflecting on an improved 2022 F1 campaign for Haas, their boss said: “We’ve had two difficult years with the pandemic; the championship that just ended went well, but it could also have gone better.

“We consider it a year of growth. Magnussen gave us a pole position that wasn’t in the plans and in 2023 we want to grow further.

“The goal is to make another step forward in the standings, to always fight for points and one day get on the podium,” Steiner concluded.