Horner: We’re a race team, not a political organization 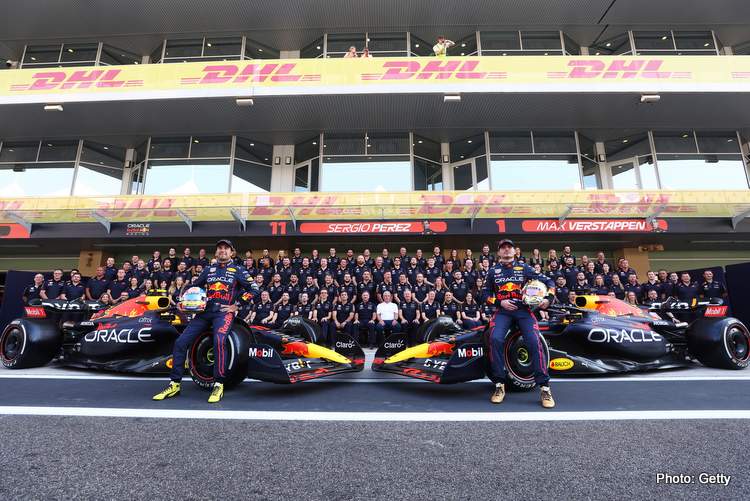 Christian Horner reflected on politics Red Bull had to navigate through during the 2022 Formula 1 season, insisting they are a race team not a political organization.

Red Bull may have won both Title in 2022, Max Verstappen’s second F1 Drivers’ Crown and the team’s first Constructors’ Title since 2013, but it was by no means smooth sailing.

They suffered the loss of their founder Dietrich Mateschitz who passed away over the weekend in Austin, while they were dealing with the matter of their Cost Cap breach.

Red Bull’s breach – which they are adamant didn’t happen – was a cause of major controversy over the final part of the season, and were fined $7-Million while losing 10% of their wind tunnel time over the coming 12 months after reaching an Accepted Breach Agreement with the FIA.

Red Bull had a target on their backs in 2022

Asked after the season finale in Abu Dhabi about the politics they had to deal with in Abu Dhabi, Horner said: “I think off track, we’ve firmly had a target on our back this year, and you know, that we’re a race team, we’re not a political organization, we just focus on going racing.

“And we’re hard racers, we’ve pushed the boundaries, which is what race teams do if they want to succeed, And that’s always been our approach.

“It’s worked well, for us. It’s the way we enjoy it. We enjoy competing, and at times, it’s felt it has been been tough this year. But that’s unfortunately Formula 1,” he maintained.

Red Bull had a shaky start to their season with DNF’s in Bahrain and Australia, while having to deal with a resurgent Ferrari, but where able to recover and emerge victorious, Max Verstappen highlighting the weekend at Imola as a significant one for the team.

Red Bull were also locked in a tough fight with Mercedes in 2021 that went down to the wire in Abu Dhabi’s controversial season finale, which Horner claims impacted the development of their 2022 RB18 built to the new technical regulations.

Horner: We got the new regulations right

“I think that as a team, we got these regulations right,” he reflected, “which, considering we were the last team to transition onto them, after you know what happened last year, I think our team has done an amazing job.

“In coming out with such a competitive car, and bouncing back after a double DNF with Ferrari scoring a one-two finish in Bahrain, we never lost sight of what our target was. And I think that, by the time we got to Imola, winning the Sprint and and the Grand Prix with our first one-two of the year, we were able to then put the pressure back onto Ferrari, and didn’t give them a breathing space,” the Briton explained.

“And we just kept efficiently developing the car managing to lose a little bit of weight, and Max has just been in a sensational form this year,” he pointed out.

“You think back to some of the races that were so tight in the early races with Ferrari, think of Miami, you think of the races in Saudi even in Bahrain? It’s been an incredible, incredible season for us,” the 49-year-old concluded.