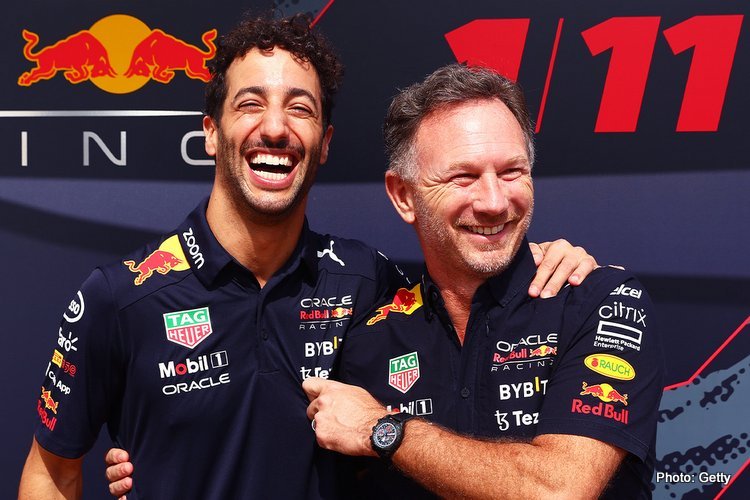 Daniel Ricciardo’s role as Red Bull Formula 1 reserve might not lead to a full-time drive for the Australian, but it will keep his foot in the door of the top flight, as he sits out a season for the first time since his debut back in 2011, at the British Grand Prix.

The demise of Ricciardo is well documented, aptly summarised by the fact that seven of his eight Grand Prix victories came with Red Bull, the eighth, his final win was with McLaren at Monza last year.

After two relatively fruitless years at Renault, and his two ‘downfall’ years at McLaren, a period in which he was comprehensively outperformed by younger teammate Lando Norris, it came as no surprise that by the time the dust settled on the 2023 Silly Season, Ricciardo was left standing, with nowhere to sit, and faced with the harsh reality he would not be on the F1 grid next year.

Thus, the Red Bull reserve lifeline (Mercedes reserve was also bandied about as an option for him) will keep Ricciardo relevant, albeit within the shadows of Max Verstappen and Sergio Perez who spearhead the team’s efforts next year.

Could this mean a possible 233rd Grand Prix start at some point in the future? Ricciardo is not banking on it: “It’s not like, ‘Okay, if you’re doing really well on the sim, we’re going to promote you to a race seat’. But I think with time I will find my true answer if the grid is what I want again in 2024.

“Right now, sitting here, I don’t feel completely done. I think I’ll want to get back on the grid, but time will tell. I’m not going to say, ‘Yeah, I can have every seat I want’ but ultimately it’s my decision if I want to be back. [Having] that fire, and everything I expect to feel, when the lights go out [in 2023] and I’m watching on the sidelines, that’s up to me to answer.”

Ricciardo: There is certainly still a fire inside 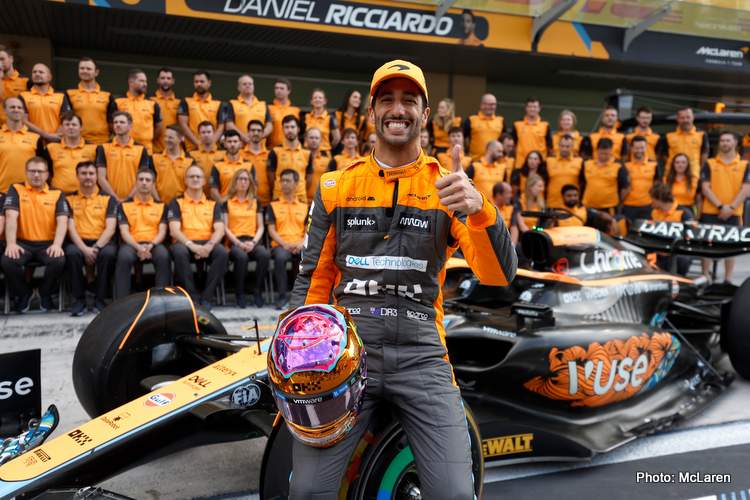 “That’s why I haven’t chosen to completely walk away,” continued Ricciardo. “Because I want to see what happens to this fire if it stays relatively dormant – is that the right word?! Or if it comes back in a big way.

“I think that’s why in Abu Dhabi, sure I felt a little more emotion, but I’d be lying if I said I felt like Seb [Vettel] that weekend because I don’t truly believe it’s my last race. But, of course, there was an element where I’m like, ‘Maybe it is’, so let’s try and enjoy it and soak everything in.

“Today I can’t tell you if it was or wasn’t [my last race], and that’s why I’ve chosen to take time off next year to really find that answer and not make an emotional decision, or a quick decision.

“Of course, there were times over the last little bit where I thought I was done, but that’s just speaking out of emotion, so I won’t know until the clock keeps ticking, and then I’ll see,” explained Ricciardo.

As for his woes, not too long ago he was one of the most respected drivers on the F1 grid, Riccoardo’s shares plummeted when he joined McLaren, and teammate Norris – a decade younger – outclassed the big smiler from Perth. Exactly what went wrong?

Ricciardo ventured: “Even though the rules changed so much. Ultimately I struggled for, let’s say, my level of ability, at least in my eyes, I struggled in both years. And ultimately, it’s something fundamental with the car and myself that I don’t get. It’s a thing of feeling it’s feedback.

“If you struggle with a corner on the exit, normally it’s a product of what’s happened through the corner that’s put you in a position of, let’s say, difficulty on the exit. So most difficulties start with the entry but it’s more just, like a feel and a limitation.

“I also look back at my very first race with McLaren I out-qualified Lando, in Bahrain, I remember. And that was when I was still fairly green with the car if you know what I mean. So I kind of wonder,  did we just kind of get lost along the way?

Did Dan start to try too hard to compensate? 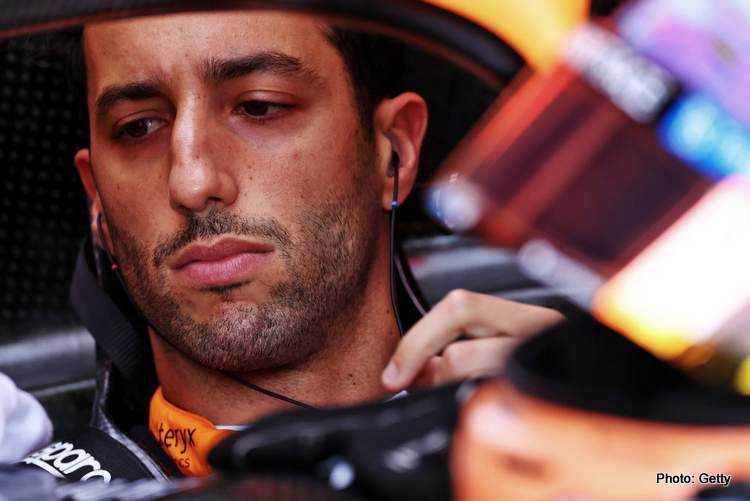 Ricciardo mused: “Did we try to engineer it too hard and get away from let’s say, my strengths, and then try to drive the car a certain way? Which, yeah, may be a weakness for me. And something that I couldn’t really grasp? So? I don’t know. It’s, it’s an interesting one.

“But I think ultimately, I then will just accept that, at least from my side, like, I think on both ends, we struggled, you know, in terms of also the team, trying to understand what it was and how to then update it or improve it.

“From my side, I’m also like, okay, look, I’m not perfect, I’ve got some weaknesses, this car happens to expose a few of them. It’s a place for me to work on. But let’s say I still obviously didn’t find a way to gel at one with this car often enough,” admitted Ricciardo.

As for when he will surface officially for Red Bull, Dan said: “I would likely say Melbourne would probably be my first one. I gotta check the calendar but yeah, I’m pretty sure Melbourne would be that makes sense. And any excuse to get back to Oz. So yeah, if not sooner, probably Melbourne…”

Stats show that Dan made 232 Grand Prix starts, driving at first for HRT, then a spell with Toro Rosso before promotion to Red Bull; he also drove for Renault and McLaren.

During this period he celebrated on Grand Prix podiums 32 times, on eight of those occasions as a Grand Prix winner.