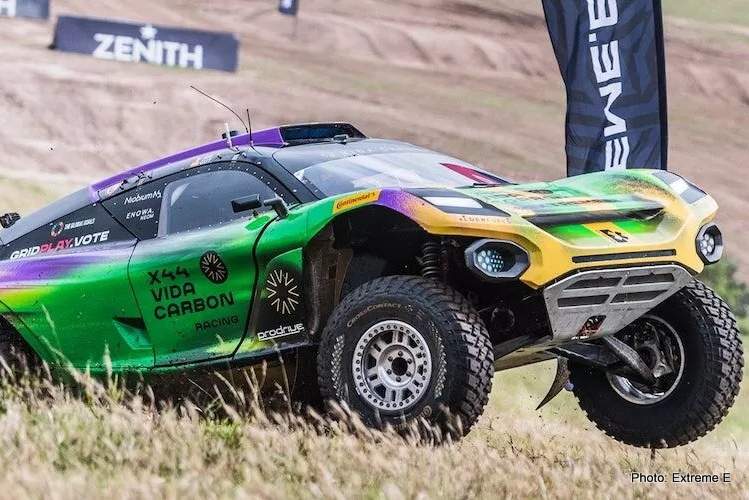 Lewis Hamilton’s X44 team have taken the Extreme E title from the one owned by his former Formula 1 teammate Nico Rosberg after the last round of the second season in Uruguay at the weekend.

“I’m so proud of the team and these two amazing drivers,” seven times F1 champion Hamilton, who takes a close interest in the off-road electric series without competing himself, said on Instagram.

The series, with identical SUVs and male and female drivers in every lineup, launched last year and aims to raise awareness about climate change and promote sustainability by racing in remote and damaged environments.

Rosberg X Racing, with Sweden’s Johan Kristoffersson and Mikaela Ahlin-Kottinsky, had been 17 points clear of X44 before the final round.