Sainz: I had instructions to not fight Leclerc in Abu Dhabi 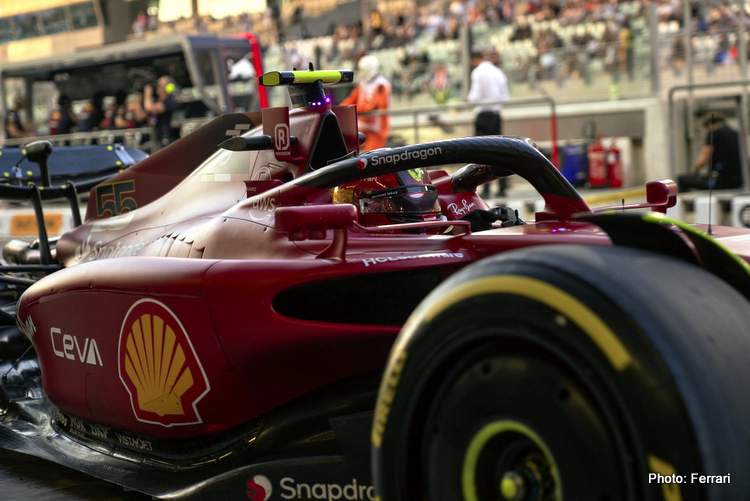 Leclerc and Sainz started the final race of the 2022 Formula 1 season, alongside each other on the second row, third and fourth respectively.

But Leclerc was on a mission to beat Red Bull’s Sergio Perez – started the race second on the grid – to the runner up position in the 2022 Drivers’ Standings.

With Red Bull announcing Perez will be having the full backing of his teammate Max Verstappen in Abu Dhabi, which started with a tow in qualifying, Ferrari also had their plans to give full support to Leclerc.

Sainz revealed he was clearly instructed to support his teammate, and not to try to fight with him at any part of the race.

“I think we worked as a team,” Sainz said after the race.”I had clear instructions before the race to not fight him at the start or around the pit stops.

“We executed a good weekend in that sense and I am happy for him, honestly, because I really think he deserves that P2,” he added.

Sainz was adamant he felt his teammate deserved the runner up position noting his personal struggle with his F1-75 early in the season, while Leclerc was collecting one pole position after the other.

“I think he deserved to finish second this year,” Sainz insisted. “He has been super-strong all year with this generation of cars.

“He has been driving extremely well and I may have to adapt and change a bit my driving to try and be closer to him,” he added.

“Congrats, because he did a great season on his side on his driving and he deserves that P2 in front of Checo,” the 28-year-old from Madrid concluded.

Despite his early difficulties to understand his 2022 Ferrari, Sainz was able to bounce back in the second half of the season. He took his first career pole position at Silverstone and converted it to his first ever F1 win.

He took two more poles in Spa and Austin, and finished the season fifth, 29 points behind Mercedes’ George Russell.