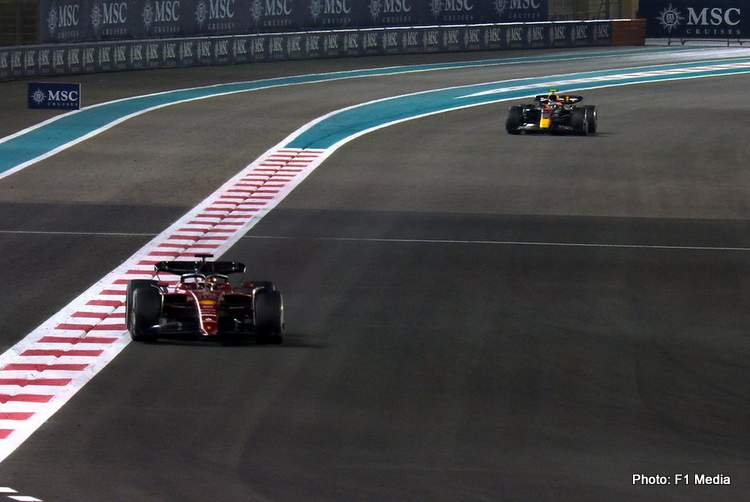 Sergio Perez needed to finish ahead of Charles Leclerc in Abu Dhabi in order to secure runner up in the Formula 1 Drivers’ Championship behind his Max Verstappen.

However, the Mexican and his team threw everything they could at the Monegasque but ended up a couple of second short when the chequered flag was waved.

Mika Hakkinen commented on the Leclerc/Perez showdown un the floodlights of Yas Marina in his Unibet column, he said: “I think Charles Leclerc drove a fantastic race to finish 2nd and take the runner-up position behind Max in the World Championship.

“‘Checo’ Perez gave everything, but I think Charles deserves this 2nd place,” he added. “He started from pole nine times, won three Grands Prix and – in the first half of the season – looked like a real threat to Max.

“To finish second will definitely give him and everyone at Ferrari extra focus to challenge for the championship next year,” he added.

As for Verstappen, the 2022 F1 Champion, who cruised to his 15th victory this year, the Flying Finn said: “This race was just perfect for Max and underlined what a brilliant performance he and the Red Bull team have produced this season.

“Someone pointed out to me that in 1988 Alain Prost and Ayrton Senna won 15 Grands Prix from 16 races for McLaren, so for Max to do that himself is quite fantastic.

“He has speed and consistency, the car has been quick all year and, once they got past those small reliability problems at the start of 2022, it’s been incredible,” he pointed.

Frame by frame 🖼️ Through the Lens of @vladimirrys 📸 pic.twitter.com/XdZMn6O4gu

On the other hand, Mercedes suffered a terrible race in Abu Dhabi, just one week after George Russell won the 2022 Sao Paulo Grand Prix, his first ever F1 career win. Lewis Hamilton had an underwhelming race that ended with a DNF, while Russell was fifth at the finish line.

“It’s been a very tough year for Mercedes,” Hakkinen commented. “Sunday’s race was a big disappointment, George taking a penalty and Lewis having a rare reliability problem.

“It is incredible to think that this is the first season in which Lewis has not won a Grand Prix since the started of his F1 career back in 2007- but somehow I think this will make him even more determined next season,” he noted.

Lewis has a reminder for you… 😜💪 pic.twitter.com/HR9gnVUvYG