Gasly: I understand why Alpine finished fourth in Championship 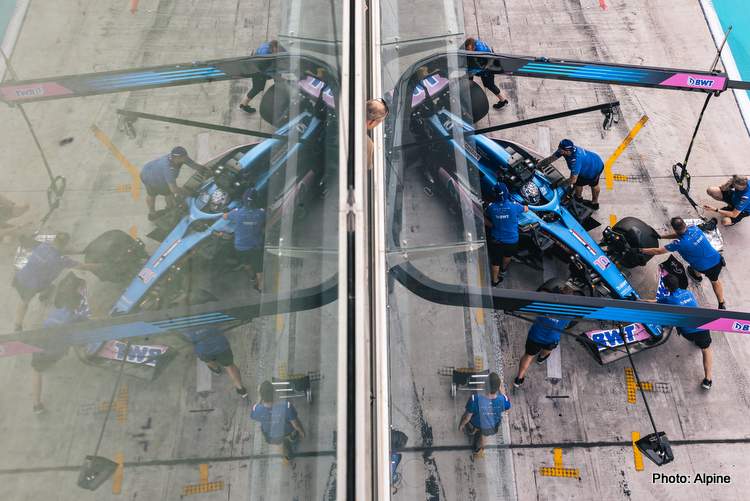 Pierre Gasly was left with a very positive feeling after testing for his new team Alpine in Abu Dhabi, and said he understood how the team finished fourth in the 2022 Formula 1 Constructors’ Championship.

Pierre Gasly leaves AlphaTauri at the end of this season, his final race with the team being the 2022 Abu Dhabi Grand Prix where he finished 14th, and the Tuesday after the race, the Frenchman was testing for his new team Alpine.

“Very happy, very positively surprised and everything went so smoothly,” he said after the test. “Adaptation went really well.

“But we managed to get everything we wanted to, very quickly I felt comfortable in the car and I understand now why they finished fourth in the teams’ championship and it all makes sense to me. So I’m very excited for what’s coming,” he maintained.

AlphaTauri finished the 2022 season ninth in the Constructors’ Standings, while Alpine beat McLaren to fourth, and Gasly understood how that happened after his first test with the team.

“I can definitely spot some very good strengths from this car and the potential it has,” he revealed. “As I said, they finished fourth in the championship for a reason and now I understand this reason, just from the package and the way the team operate, the engineers in their mindset and the philosophy there is in the team.

“So far I’ve been very pleased with this first interaction with the guys and from today could not have hoped for a better first day with Alpine,” the 26-year-old concluded.

Gasly’s first season with Alpine will be his seventh in top flight. He started his career with AlphaTauri when they were still called Toro Rosso back in 2017.

In 2019 he moved to Red Bull and raced with them for 12 races before being demoted back to the junior team where he remained until the end of 2022.

He won the 2020 Italian Grand Prix with AlphaTauri, his only win to date.