Five things you can do the Formula 1 off season 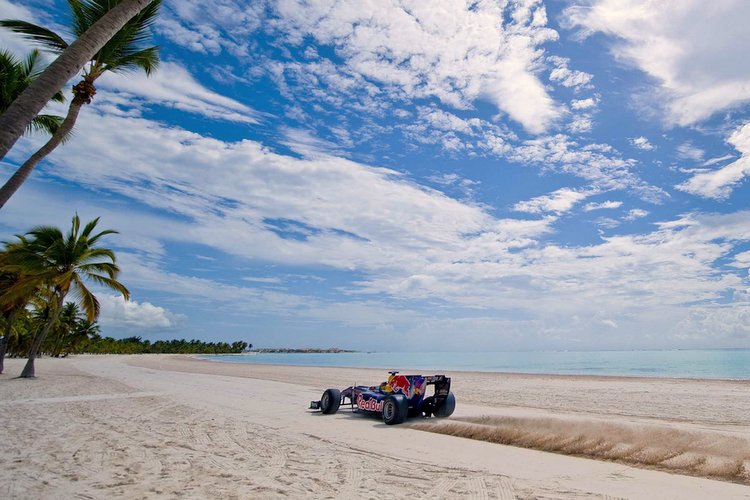 As you all know, the 2022 Formula 1 season is now done and dusted with Max Verstappen now joining the elite group of drivers that have won multiple drivers championships.

However, while this is great news for him and Red Bull, the end of the season is not such great news for us Formula 1 fans who will now have to twiddle our thumbs until the new season starts.

That said, as well as keeping up with the latest driver news regarding who will move to what teams, there are some things we can do to ensure we get our high-adrenaline racing fix. Below, we have listed 5 of the top activities you can do while you’re waiting for the new Formula 1 season to start.

Think you could have done a better job than Lewis Hamilton and Charles Leclerc in their battle against Verstappen? Then you can try to prove it by playing the F1 2022 video game from Codemasters.

Available for PC, Xbox and PlayStation, the latest version of this title launched in June this year and once again it provides a lifelike experience of what it must be like inside the cockpit of a Formula 1 car. The game features fantastic graphics, amazing game modes, and is about as realistic as you will find in any other racing game.

Was Some Amazing Formula 1 Movies

Another way to pass the time until the start of the 2023 Formula 1 season is to watch movies and television series/documentaries about the world’s greatest motor racing series. Top recommendations include the fabulous 2011 documentary called Senna.

As the name suggests, it is about the legendary racing driver Ayrton Senna who died on the track in the 1994 San Marino Grand Prix. As for movies, check out Rush, a 2013 release that focuses on the 1976 Championship that was hotly contested by Niki Lauda and James Hunt.

Although there are no Formula 1-themed video slots at online gambling establishments recommended by reputable iGaming portals. A good example of a trustworthy iGaming portal is Playcasino where you’ll find online casino reviews for websites that host software providers that create video slots with a motor racing theme.

One of the perks of playing online slots such as Wheel N’Reels (Playtech), Street Racer (Pragmatic Play), 5 Reel Drive (Microgaming), and Drive: Mayhem Multiplier (NetEnt), is that you can win real money while enjoying the racing action! Plus, when you deposit on these platforms, you can sometimes claim bonus promotions that give you even more value for your money.

Watch Some Other Racing Series

Nothing beats Formula 1, that is for sure. However, there are some other motor racing series that are worth checking out. For instance, if you can wait until January, the 2022/23

Formula E Championship gets underway. Another option is the famous Indy 500 which takes place a month later. The great thing about that race is that you will get to see some familiar names. Former F1 drivers such as Takuma Sato, Romain Grosjean, and Juan Pablo Montoya will compete in that race.

Watch Some of the Best Races Back Again

There were some amazing races in the 2022 Formula 1 season and many others from previous seasons. If you’re really missing the racing action, you just sit through some reruns of those. You can either catch some free highlights of the races on YouTube or watch the full races if you have a subscription to Formula 1 TV. With the latter, you can watch full replays of races as far back as the 1980 season. As you can imagine, that is more than enough racing content to help fill your time!

The 2023 Formula 1 seasons get underway in March, and that means you have a few months to occupy your mind with something else. As you can see above, however, there are plenty of things avid Formula 1 fans can do to pass the time.

Between playing racing-themed games, watching movies and documentaries, and watching past races you should be able to plug at least some of the time you need to wait. Other than that, you’re just going to have to show a little more patience.