Villeneuve: Next year, I expect a lot from Hamilton 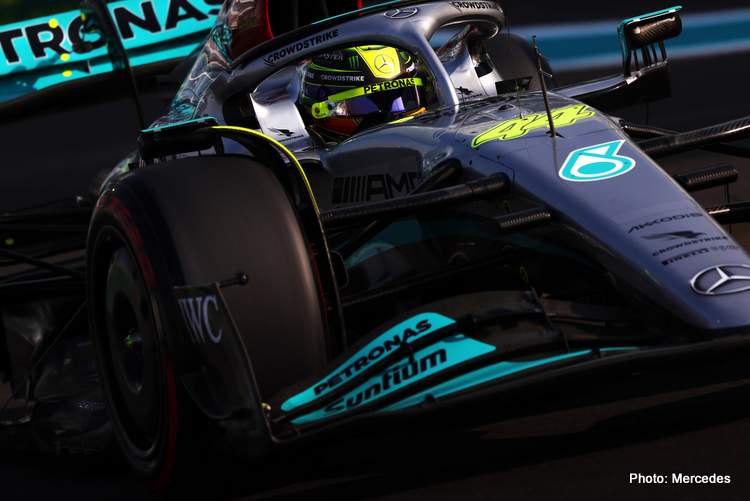 Jacques Villeneuve believes Lewis Hamilton will come back all guns blazing in 2023, insisting that he expects a lot from the seven-time Formula 1 Champion.

The Canadian made this bold statement, while reflecting on the 2022 Abu Dhabi Grand Prix season finale in his formule1.nl column.

“It has been a great season, mainly because of the great races,” Villeneuve wrote. “It’s not been a great championship so much, as Max Verstappen won that very early on.

“The last weekends were also exciting, despite the fact that the title had already been decided. Normally when that happens, the championship sputters out like a dying candle, but I had a good time,” he added.

Mercedes’ struggles in 2022 with their sub-standard W13 have been the talk of the F1 community this year, and despite George Russell being able to clinch a pole and a win in his maiden season in Silver, his teammate Lewis Hamilton failed to win.

Hamilton will strike back in 2023

As such, the Briton’s streak of winning at least one race in every season he contested in F1 ended, his best race-finishing position this year being second place on five occasions, as he finished the season sixth in the Drivers’ Championship, his worst result over his 16 seasons in top flight.

But Villeneuve believes Hamilton will bounce back next year; he said: “Next year I expect a lot from Lewis Hamilton, we are going to see the best Lewis yet.

“He ended the season without a pole position or a victory. That will have done something to him, I think,” the 1997 F1 Champion reasoned.

“And then things will start to get interesting. Mercedes has been able to improve. We saw that in Brazil,” he pointed out.

As for Hamilton’s race in Abu Dhabi last Sunday, Villeneuve said: “In the opening phase of the race, Lewis rightly had to give back that spot [Carlos Sainz incident], and he struggled a bit on the mediums.

“Once he’d changed to the hard tyre, he really flew down the track. It’s a shame for him that his race ended the way it did, with the first mechanical breakdown this season,” the 51-year-old concluded.