Ricciardo: Perspective allowed me to maintain happiness and appreciation 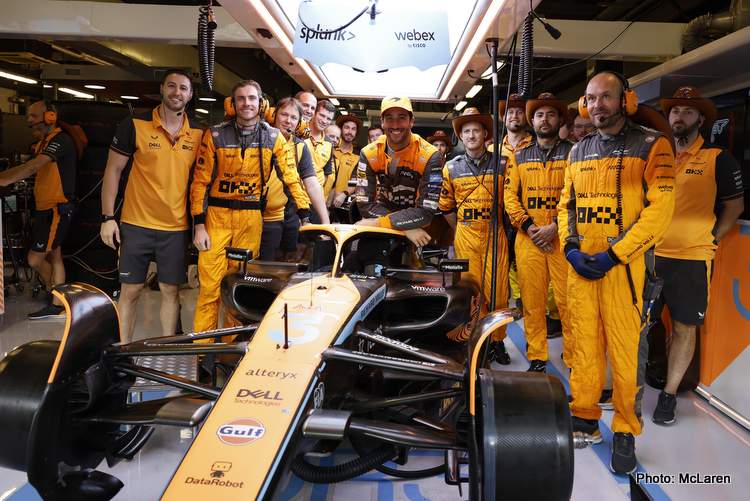 Daniel Ricciardo reflected on his 2022 Formula 1 season, revealing he gained perspective from it, which helped him maintain happiness and appreciation.

Daniel Ricciardo drove his final race for McLaren, the 2022 Abu Dhabi Grand Prix last Sunday, and finished the race ninth, scoring points on what might be his final race in top flight.

It was a difficult season for the Australian, as many wondered where his speed has gone as he was constantly slower than teammate Lando Norris, unable to unlock the mystery of the Woking machinery over the two seasons he spent there.

“There were certainly some races where I felt more comfortable,” Ricciardo told Sky Sports F1 after the race at Yas Marina Circuit.

Inconsistency and unknown made matters tricky

“The difficulty, the struggle was that encouraged me and then all of a sudden, a week later, we were back where we were. The inconsistency, the unknown, was what made it so tricky but I am happy to have had a few nice [races] since the summer break.

“I have learnt perspective,” the Honey Badger revealed. “It is so easy to get caught up in competition. We devote so much time to it and when it is not going well you can so easily get angry, frustrated and bitter. Get so many negative emotions towards something you truly love.

“Perspective allowed me to maintain happiness and appreciation,” he claimed. “You have your days but is a privilege to do what we love – it is such a fun sport.

“The surroundings, the travel, all the people we meet. Whatever you do in life, gratitude helps you move forward a lot,” the 33-year-old from Perth mused.

A good end to the season

Speaking in McLaren post race media brief Ricciardo spoke of his final race with the team; he said: “I’m really pleased to get some points in my last race for McLaren.

“I felt like I did the best I could with the pace I had. I was struggling to keep the front tyres alive. That was the biggest limitation, that’s where it got a bit tricky.

“I felt in terms of moves, I defended when I could and overtook when I could, so from that point of view, I’m pretty pleased. Vettel caught me quite quick in the end and trying to hold him off I think I killed the tyres a bit but I am happy to have held on and got the points,” he explained.

“It was a good end to the season,” Ricciardo went on. “Big thanks to the whole team – they also put a nice message on the dash after the race, so that was cool. Appreciate that.

“We’ve had some high highs and some low lows but throughout it all I’ve enjoyed my time here racing alongside Lando and hopefully doing McLaren proud.

“Thank you to everyone who has supported me so far, Papaya army and everyone both trackside and back in Woking – I can’t thank you enough. It may have been my last race for McLaren but I’m looking forward to what comes next. I wish the team the very best for next season,” the veteran of 232 grands prix concluded.