Krack: Vettel has bowed out at the peak of his form 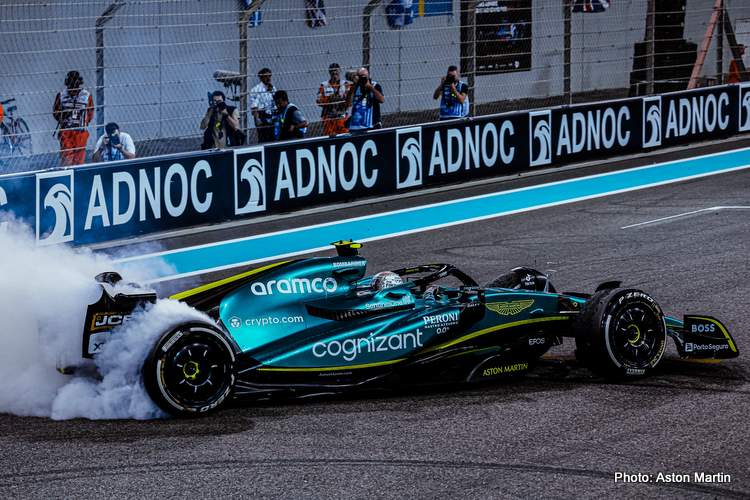 The four-time Formula 1 Champion delivered a commendable performance in his last race with Aston Martin, under the floodlights of the Yas Marina Circuit, qualifying ninth, and racing to tenth.

Aston Martin Team Principal Mike Krack was full of praise for his retiring driver; he said after the race in Abu Dhabi: “On behalf of all at Aston Martin, I want to pay tribute to Sebastian, who drove his last Formula One Grand Prix this evening.

Vettel has been brilliant for Aston Martin

“One of our sport’s all-time greats – his four World Championships and 53 Grand Prix wins attest to that – he has been a brilliant driver for us this year and last.

“His excellent qualifying lap yesterday and his combative race drive to P10 today showed that he has bowed out at the peak of his form,” concluding: “We will miss him.”

Needless to say, Vettel’s stint with Aston Martin was far from successful, and a far cry from what he achieved over the course of his career with Red Bull and Ferrari.

However, he has been able to gift the team their first ever podium in F1, under the the Aston Martin name, as he took second place at the 2021 Azerbaijan Grand Prix.

He also finished second in Hungary that year, but the he was disqualified after the race, as race officials were not able to retrieve the required fuel sample (one liter) for post race scrutineering.

His final race with Aston Martin was his 299th after a career that started back in 2007.