Chinese Grand Prix to be cancelled in 2023 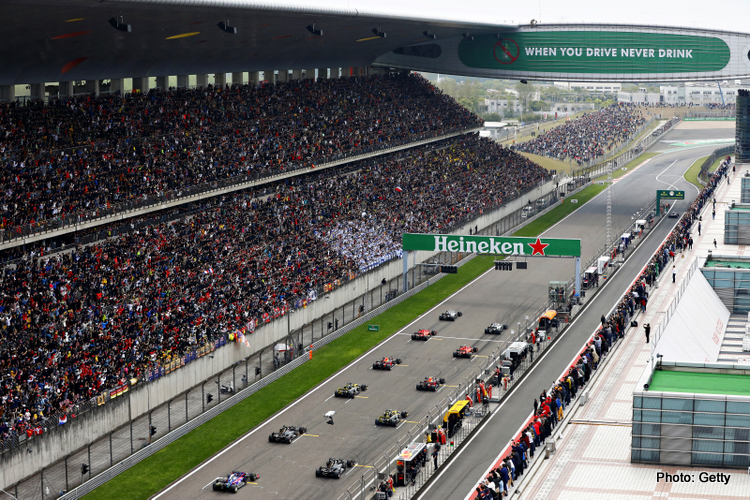 The Chinese Grand Prix is set to be dropped from the Formula 1 calendar for the fourth consecutive year due to COVID-19 policies.

The race in Shanghai was canceled in 2020 and 2021 due to the global pandemic. It was slated to return this year, but China continued to struggle with virus transmissions and the race was replaced by the Emilia Romagna Grand Prix at Imola in Italy.

F1 included a mid-April date for Shanghai when the 2023 schedule was released in September, but China is again coping with a surge in COVID cases. BBC reported on Tuesday that F1 decided the race cannot go forward due to the country’s “zero-COVID” policy.

The primary sticking point is that F1 staff would not be provided exemptions from quarantine requirements. That means anyone who tested positive would be subject to being detained in the country for several days.

China’s current policy requires anyone who tests positive for COVID-19 to spend five days at an isolation center followed by three days of isolation at home.

F1 will not look to replace the event this time, reducing the 2023 schedule to 23 events, according to the report. That would still represent a new high-water mark for races in a calendar year, although it will leave a four-week break between the Australian Grand Prix on April 2 and the Azerbaijan Grand Prix on April 30.

F1 chief executive officer Stefano Domenicali told the BBC that talks with authorities to move the Azerbaijan event forward a week have met resistance. He also said F1 is in talks to extend the contract of the race, held in Baku, which currently runs through next year. (Reuters)