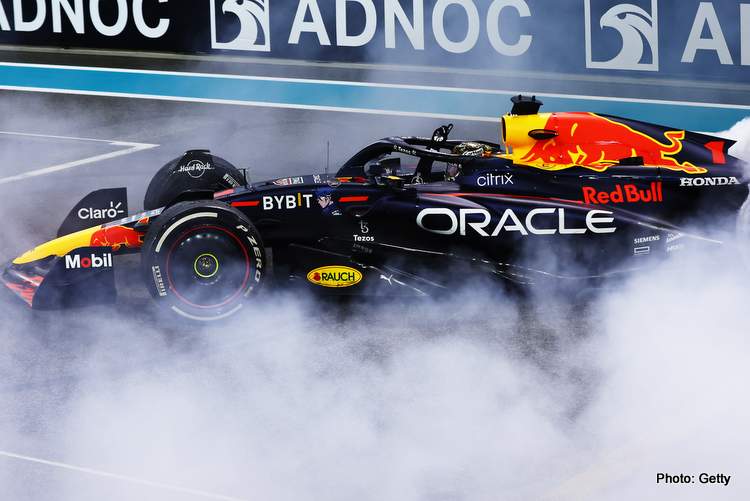 The double Formula 1 Champion led the field from pole on Sunday at Yas Marina Circuit and never looked back, masterfully managing his tyres on a one-stop strategy, but crossing the finish line over eight seconds ahead of second-placed Charles Leclerc.

Former F1 driver turned respectable pundit Martin Brundle reflected on the Dutchman’s race in Abu Dhabi, and started by referring to what he said while commenting on the season finale.

He wrote in Sky Sports F1 column: “In commentary I described Max Verstappen’s drive as ‘Michael Schumacher-esque’ because it seemed however slow he was driving his car to preserve tyres he was still pulling away from the field.

An immense achievement by Red Bull and Verstappen

“A tale of numerous pole positions and victories along clever strategies, fast pit stops and strong reliability. Congratulations to them all at the track and in the factories, it was immense,” the 63-year-old maintained.

After the race, and while being interview in parc ferme, the boos towards the Red Bull ace were audible, perhaps with Brazil still in mind where he refused team orders, and that did not sit well with Brundle.

“I was very sad to hear some boos for Max at the end,” he said. “We have experienced that before for the likes of Schumacher, Vettel, Nico Rosberg and others over the decades for various reasons when fans get a strong feeling about something which has or indeed hasn’t happened.

“Red Bull and Team Verstappen could perhaps have played smarter hands in Mexico and Brazil and over the cost cap, but nothing can take away from their utterly dominant performance this season,” the Briton insisted.

“Max in particular is at a level which will take some serious beating in the next few seasons,” the veteran of 158 grands prix concluded.