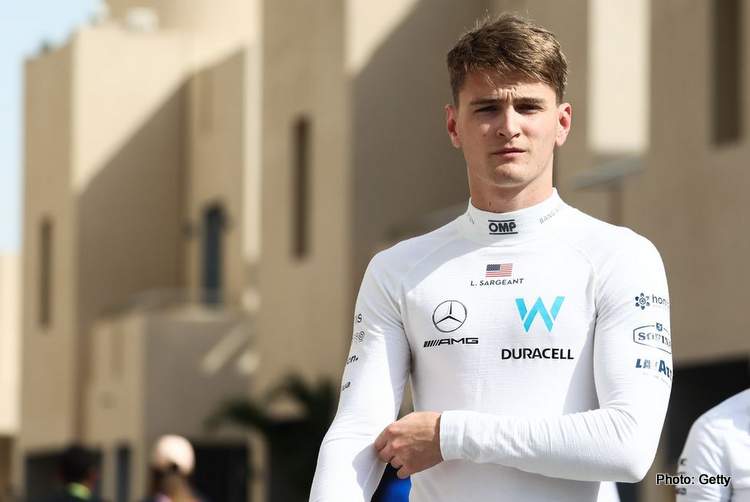 Logan Sargeant said he was ready for Formula 1 and had high expectations after Williams confirmed he will race for them next season as the championship’s first U.S. driver since Alexander Rossi in 2015.

The announcement on Monday came after the 21-year-old Williams academy driver secured a Formula 1 super-licence in Sunday’s season-ending Formula 2 race in Abu Dhabi.

Florida-born Sargeant, who has been living in London for the past five years, finished fourth overall in the feeder series and was rookie of the year.

He replaces Canadian Nicholas Latifi alongside British-born Thai Alex Albon at Williams, former champions who finished the season last in the constructors’ standings, and completes the 2023 starting grid.

“I feel like I’ve put in as much work as anyone else to reach this point and I just have to prepare the best I possibly can to be the best driver I can possibly be next year,” Sargeant told reporters on a video call from Abu Dhabi. “Hopefully, that’s good enough to stay in F1 for a long time.”

Sargeant has high expectations for himself

“I don’t think it’s any extra pressure,” he said of being an American in a sport with three U.S. races and a fast-growing fanbase in his homeland thanks to the Netflix ‘Drive to Survive’ docu-series. “I have high expectations for myself as it is.”

Williams had said at the U.S. Grand Prix in Austin last October, where Sargeant took part in first practice, that he would be racing for them next year providing he secured the licence, Jost Capita saying at the time: “We believe he is absolutely ready to get into Formula 1.”

Formula 1 has for years been eager to have a U.S. driver, with Red Bull recently thwarted in a bid to sign Colton Herta for their AlphaTauri team because the IndyCar racer lacked a super-licence.

Sargeant, who moved to Europe as a youngster and has progressed through the various junior series, said he liked to think his nationality was just a “happy coincidence” in his getting to Formula One.

He said waking up on Monday as a Formula 1 driver felt very natural and he was at home in the team.

“I feel like I’ve had a very good junior formula career and I’m just looking forward to closing that chapter and moving on to the next,” he said, adding that he had yet to decide his driver number.

Sargeant finished third in the 2020 Formula Three championship, four points behind Australian winner Oscar Piastri who will be making his race debut with McLaren next season.

“There was never any friction. We’ve been friends since karting,” he said. “Everything he’s done I’m very happy for him and I hope we can both be successful coming into F1.” (Reporting by Alan Baldwin)

We are pleased to confirm that Logan will drive for the team in 2023! 🤩#WeAreWilliams pic.twitter.com/ZGKOB5jGvy