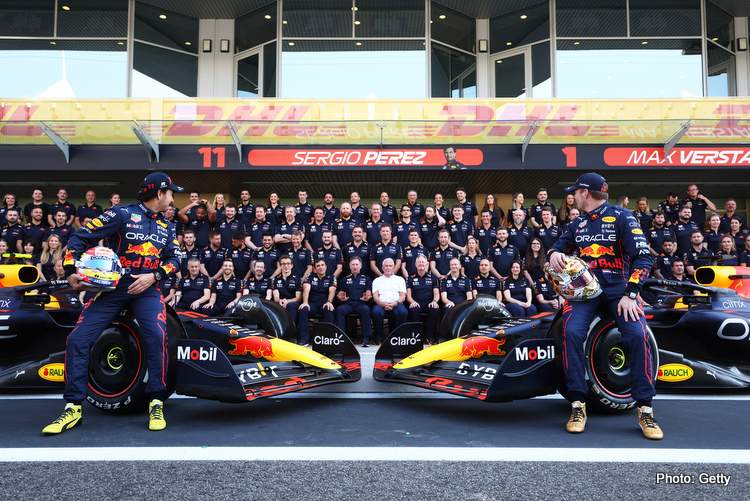 Red Bull announced on Monday, one day after finishing the 2022 Abu Dhabi Grand Prix, first and third with Max Verstappen and Sergio Perez respectively, that they will celebrate their 2022 Championship double with a Homerun in the team’s home city, Milton Keynes.

Verstappen and Perez will be driving the team’s V8-powered RB7, their 2011 chassis which retired four-time Champion Sebastian Vettel steered to the Championship that year, the second for the German who along with then teammate Mark Webber secured the second Constructors’ Crown for Red Bull, the first being in 2010. 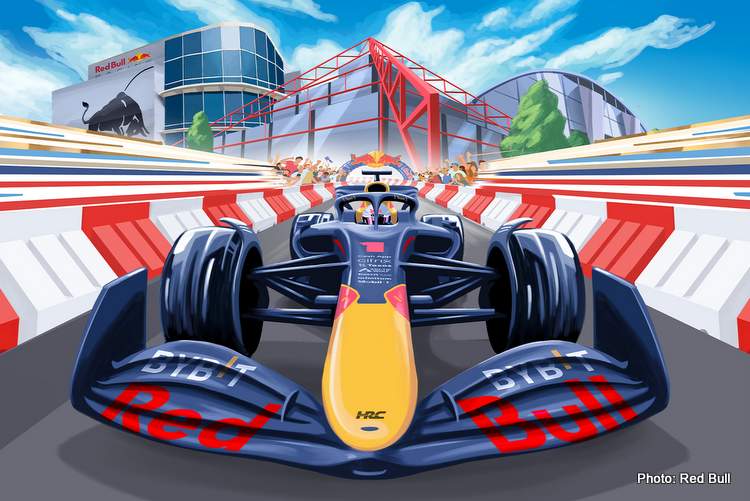 Two titles, 16 wins, 26 podium finishes and the largest haul of points ever scored in a single season makes the 2022 Formula One campaign Oracle Red Bull Racing’s most successful year ever. Now the Team are heading home to celebrate the collective success on their very own doorstep.

On Saturday 10 December, double World Champion Max, 2022 Grand Prix winner Checo, Team Principal and CEO Christian Horner and the double title winning Oracle Red Bull Racing Team will take the RB7 to the streets of Milton Keynes for a thrilling celebration. It’s been an incredible season for Oracle Red Bull Racing and the Team is going to close it out in trademark style – by bringing the noise and getting the party started alongside the people of the city the Team calls home.

Oracle Red Bull Racing Team Principal and CEO Christian Horner said: “We are enormously proud to base our Technology Campus in Milton Keynes. Ever since we moved into the small factory that we started with in 2005, the local community has supported the Team through all the highs and lows. Oracle Red Bull Racing has grown massively since then and this year’s phenomenal results wouldn’t have been possible without that support. It’s only fitting that we celebrate this record-breaking season with the community we cherish and in the heart of the city we are happy to call home.” 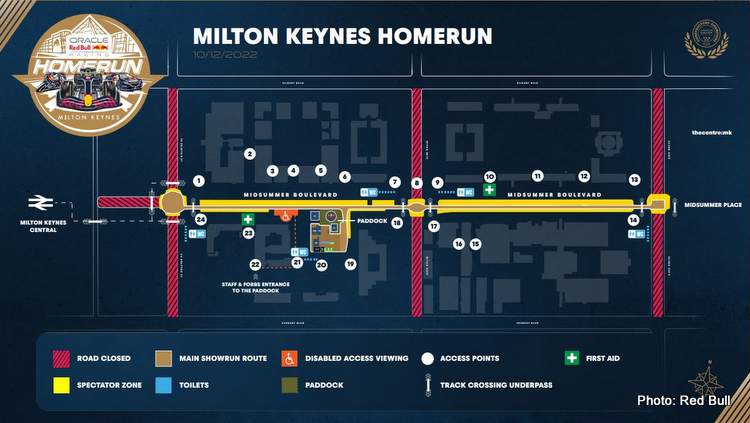 The 2022 Oracle Red Bull Racing MK Homerun will run from 12:00 – 15:00, on Midsummer Boulevard in the center of Milton Keynes. Max and Checo will bring the famous roar of the RB7’s V8 engine, as they put Sebastian Vettel’s Championship winning car through its ferocious paces on the streets of the city centre.

The excitement won’t stop there though. Along with appearances by the drivers and Team Principal and CEO Christian Horner, fans will be treated to a spectacular display of Red Bull Motorsport power. Tyre-smoking performers, the Drift Brothers and a rare Red Bull NASCAR demonstration will take the MK Homerun to another level of driving prowess. While stunt riders, Arunas Gibieža and Dougie Lampkin will also bring the noise in an epic display of skill and showmanship on their bike.

Join us to celebrate an incredible season with a Homerun around Milton Keynes 🏠 pic.twitter.com/O1GoCvgFvT