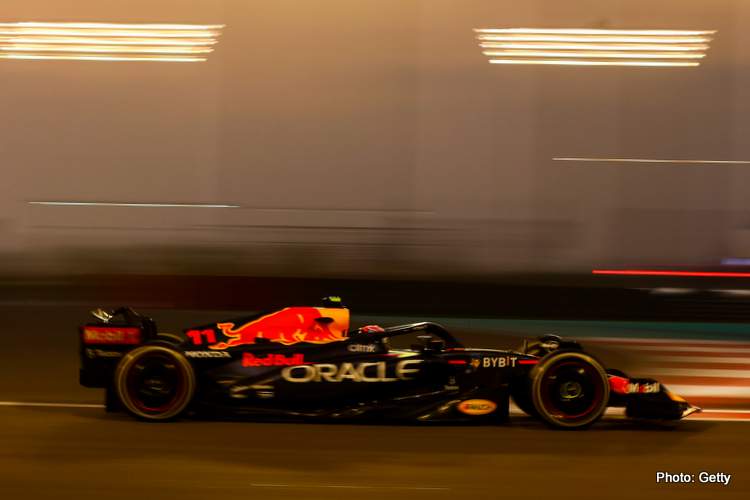 Sergio Perez missed out in runner up in the 2022 Formula 1 Drivers’ Championship after finishing third in the Abu Dhabi Grand Prix behind Charles Leclerc.

Perez maybe needed one more lap to catch Leclerc, and finished less than two second behind him when the chequered flag was waved on Sunday evening at Yas Marina Circuit.

Perez started the race from second, but was always under threat from Leclerc in the Ferrari who drove a masterful race to make a Ferrari one-stop strategy work, while Max Verstappen was so far in the lead that he couldn’t lend his teammate any hand.

Nevertheless, it remains Perez’s best finishing position in the Formula 1 Championship over the course of his career, and was philosophical in defeat at the hands of his Ferrari rival.

“I am pleased because I gave it my all today,” Perez said in Red Bull’s race report. “In the end we just didn’t have enough, this is how the sport works, sometimes you win and sometimes you lose.

Hurts to lose second place by one second

“It hurts to lose second place in the Championship by one second, there are things we could have done better but at the end of the day what matters is that you never give up in this sport and that is what I have done this season, on and off track, so I can go home happy,” he explained.

“What really meant the most this season is that we gave everything, always, and we ended the final race doing just that.

“The Team has had a tremendous year so it is nice to finish the season well, we will regroup and look to another strong year in 2023,” the 32-year-old from Guadalajara concluded.

Red Bull team boss Christian Horner hailed Perez’s drive on Sunday in Abu Dhabi; he said: “Checo gave it all he had, coming so close to catching and taking Charles by the end of the race, but sadly it wasn’t to be.

“Third place in the Championship is still fantastic though and brings to an end his best season ever in F1,” the Briton added.

You can be incredibly proud of this season, @SChecoPerez 🏆 pic.twitter.com/sQzhDTXTCC