Leclerc: It was a season full of ups and downs 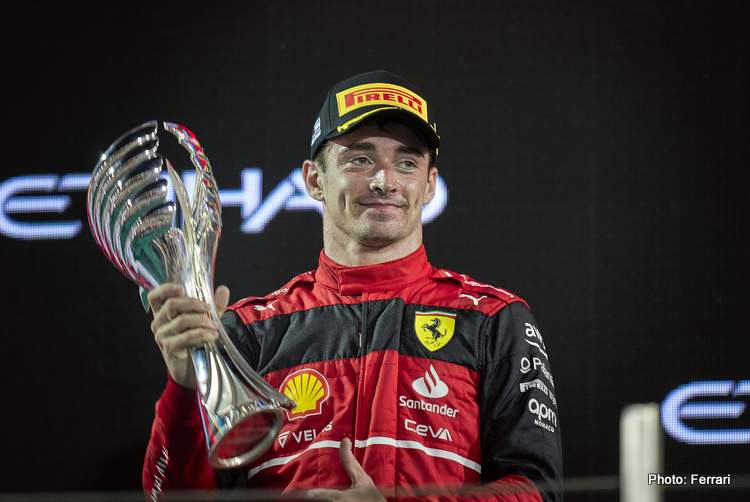 Charles Leclerc finished the 2022 Formula 1 season runner up to Max Verstappen, a season the Monegasque believes was full of ups and downs.

Finishing second in the Championship behind Max Verstappen wouldn’t have been the result Leclerc would accept given the way in which he and Ferrari started the season.

But 22 races later, after numerous operational mistakes from the team, driver errors from the Monegasque himself, and reliability problems, runner up feels like a win for the Ferrari ace.

Leclerc drove a masterful 2022 Abu Dhabi Grand Prix to take second place in the race itself and the Championship, beating Red Bull’s Sergio Perez to it, after managing to make Ferrari’s one-stop strategy work with a long second stint on Hard tyres while Perez ran out of laps chasing him to the finish line.

“It was a good race,” Leclerc said in Ferrari’s race report. “We executed it perfectly and, as we didn’t have the pure pace to beat our competitors, put pressure on them in the key moments, which paid off.

“It was a season full of ups and downs, but considering where we came from, we made a good step and can be satisfied with our progress,” he added.

“I want to thank the whole team, both back home at the factory at and at the track, for all their hard work and dedication. P2 in the Constructors’ means a lot and we don’t want to stop here.

“We have to keep our heads down and push as hard as we can this winter, with the target of winning the title next year,” the five-time race winner concluded.

Not the easiest of seasons for Carlos Sainz 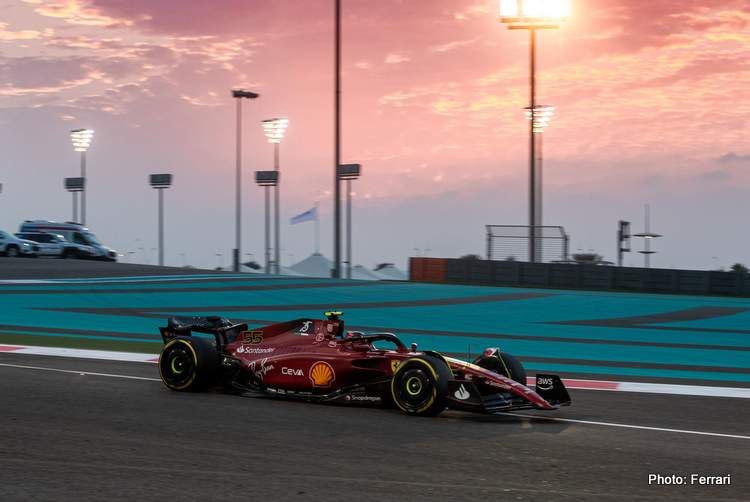 Carlos Sainz finished the race in Abu Dhabi fourth in the #55 Ferrari, after surviving a lap one incident with Mercedes’ Lewis Hamilton going into Turn 6, after which he had a tussle with the Briton, a fight he believes affected his ultimate result.

Nevertheless, Sainz was satisfied with his race, he said in Ferrari’s post race brief. “It was a solid race today. The start wasn’t clean but I managed to pull a nice overtake on the Mercedes at turn 6.

“Unfortunately, I lost time and tyre life behind Lewis and from then onwards we committed to the two stop strategy,” he lamented.

“Overall, it was a strong performance, with good teamwork to finish P2 with Charles in the drivers’ championship and P2 in the constructors’ championship, which was our target this weekend,” he added.

Sainz didn’t have the easiest start to his second season in Red and struggled to get a handle of his F1-75, but kept his head down, working hard to get his head around it, his improved second half of the season proof he succeeded, not to mention his first pole position and race win this year.

“It hasn’t been an easy season, especially the first half,” Sainz admitted, “but I’ve managed to recover the pace, and my feeling with the car has been much better in the second half.

“Even though we’ve only just finished the season, we are fully focused and motivated to push this winter and I am already looking forward to next year.

“Thank you to every single member of the team for your tremendous effort and determination and to every tifosi out there for your incredible support! Bring on 2023! Forza Ferrari!” the Spaniard concluded.