Norris to do FP1 in Sao Paulo recovering from food poisoning 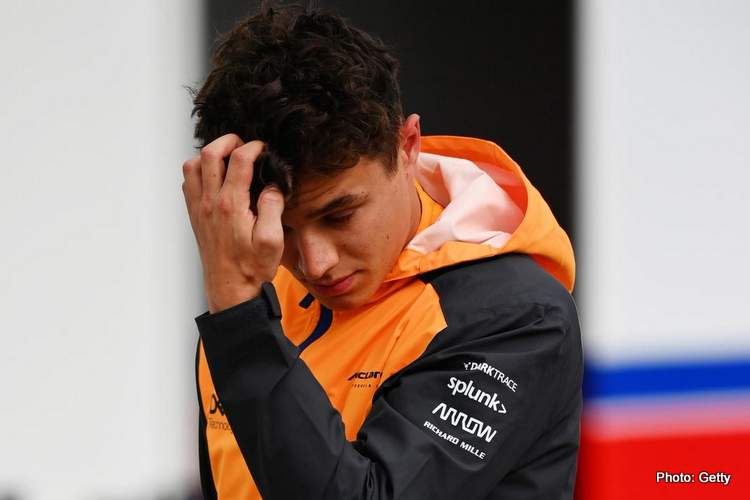 McLaren Formula 1 driver Lando Norris was recovering at his hotel from suspected food poisoning on Thursday ahead of the Brazilian Grand Prix.

His team reported on social media that Norris was expected at the Interlagos track on Friday for free practice, and did not give more details about his health.

Norris is seventh in the 2022 F1 drivers´ championship, 76 points ahead of teammate Daniel Ricciardo of Australia. Ricciardo was at Interlagos in the morning to work with team staffers.

Lando attended a soccer match in Sao Paulo on Wednesday night. The Briton was a special guest to see newly crowned Brazilian champion Palmeiras beat America 2-1. Norris did not speak to the media at Parque Stadium but took pictures with club chairwoman Leila Pereira and coach Abel Ferreira.

Friday’s free practice could be key for Norris ahead of Saturday’s sprint race, which will set the grid for the grand prix. Weather forecasts show a high possibility of rain on race day Sunday.

Lando is feeling unwell with suspected food poisoning, so he will rest in the hotel today. We expect him back at track tomorrow.