Marko: Only two F1 drivers almost as good as Verstappen 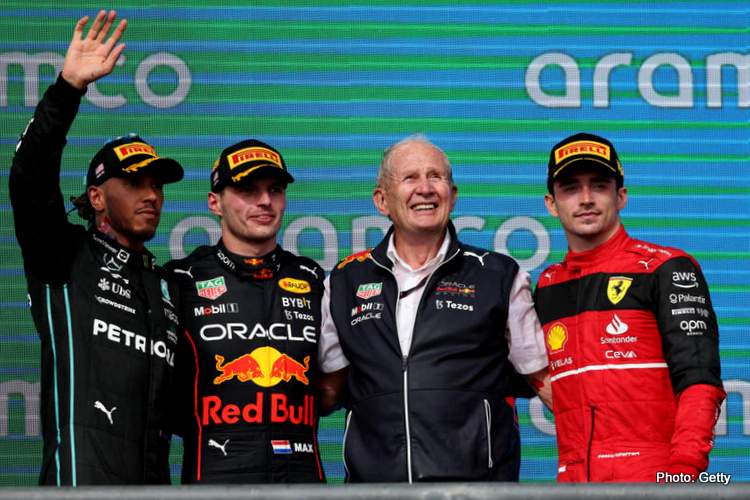 Marko’s admiration for Max Verstappen is well known, after all the Red Bull consultant gave the Dutch ace his Formula 1 break and now – eight years later – they have two world championship titles and 24 Grand Prix victories in their pocket.

The Red Bull driver boss took the risk of plucking the prodigious teenager in a Toro Rosso for his 2015 Australian Grand Prix debut and the rest, as they say, is history; and even more, history will be written by the Dutch 25-year-old in the future.

As for his challengers, Marko claims there are only two drivers almost [halbwegs] in Verstappen’s league: Ferrari’s chosen one Leclerc and Mercedes legend Hamilton.

Inadvertently or not, Marko stirred the pot in a recent interview with RTL in which he described 25-year-old Leclerc as “very strong in qualifying but prone to making mistakes” his cause not helped by Ferrari’s dubious strategy and pit stop shenanigans too often in 2022.

Mercedes and 37-year-old Hamilton, despite struggling this season relative to their previous years of F1 dominance, will be Red Bull’s strongest opponents next year predicts Marko: “Hamilton has a clear advantage in terms of experience, he can also motivate himself incredibly and I’m convinced that Mercedes will put out a better car next year.”

Notably, Marko neglected to mention the likes of Hamilton’s heir at Mercedes George Russell, Ferrari’s Carlos Sainz, McLaren’s Lando Norris and Red Bull’s pool of wannabes, who will no doubt seize this opportunity to prove the Austrian motorsport veteran wrong in the future.

Marko: Ever confident Max has turned into a tyre whisperer 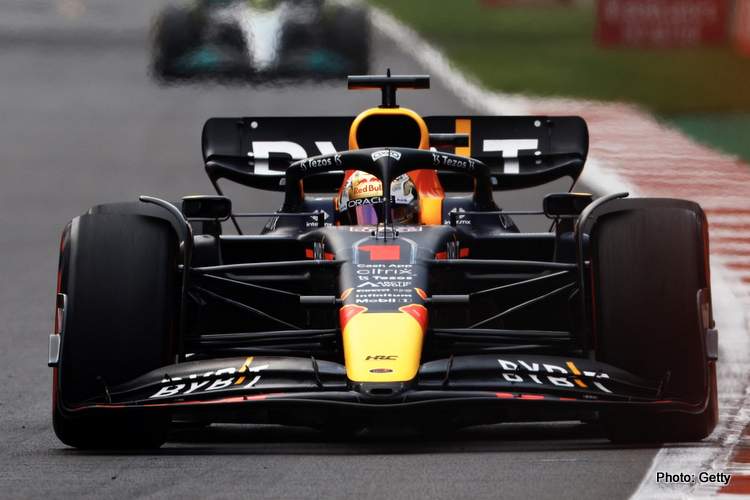 As for Verstappen, Marko sees the double F1 World Champ getting better and better: “He is driving with more confidence than ever, with a greater overview, and at the same time he has developed into a tyre whisperer. For example, he drives longer on a softer tyre than his rivals do on a harder compound.

“He gets in the car and is so confident from the first practice session, from the first lap. You can see that when it’s wet, he’s two seconds faster than the rest of the field on the first laps, while the others get used to the conditions.”

What makes Verstappen a genius behind the wheel? Marko explained: “Max needs a car with very good front-end grip, how the rear behaves doesn’t affect him that much, which is something that makes other drivers nervous.”

With an eye on 2023, Verstappen is already universally penned in as the favourite, the man to beat and Marko has no doubt that with the right kit, F1 title number three for Max is his to lose. Of course, Red Bull will strive “to provide the necessary material, the necessary car. I think further flights of fancy are possible.”

Before then, however, this weekend Formula 1 heads to the Brazilian Grand Prix, Verstappen is already the 2022 F1 world champion as are his Red Bull team, nevertheless, he will be hunting his 15th victory of this incredible record-breaking campaign.

But, not if Charles and Lewis can spoil the party at Interlagos on Sunday…