Ricciardo: Aiming to use momentum from Mexico 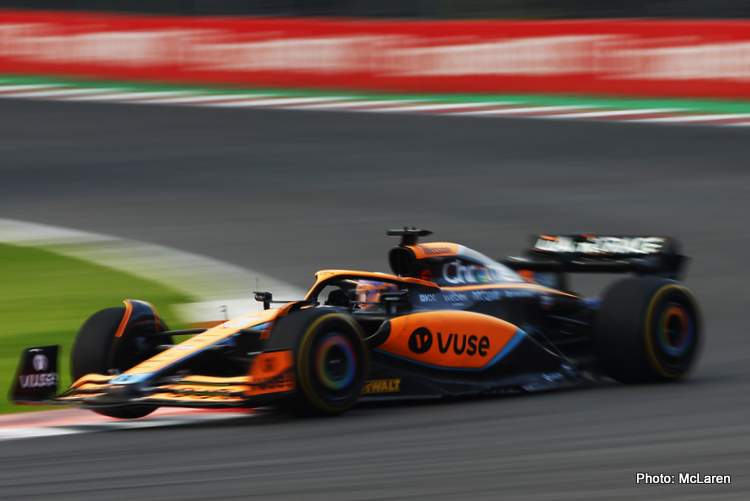 Daniel Ricciardo had a strong result at the 2022 Mexican Grand Prix, a seventh place after a solid performance, and is planning to use that momentum in Brazil and Abu Dhabi.

After a tough season, Ricciardo delivered a seventh position in Mexico City, even surviving a ten-second time penalty after a clumsy get together with AlphaTauri’s Yuki Tsunoda to retain his position.

Coming to Brazil, the Australian is still riding the wave of his Mexican race and is hoping he can keep the momentum going in his final two races as a McLaren driver.

“I’m excited to be heading to the track in São Paulo,” Ricciardo said in McLaren’s race preview. “The crowd there is great, particularly with the carnival vibes around the circuit which is always fun.

“It’s an awesome track to drive with the banking and camber changes so it should make for an interesting race, and a good weekend for the fans to watch, particularly with the Sprint on Saturday,” he pointed out.

“Coming off a solid result in Mexico, I’m in good spirits and we’ll be aiming to use the momentum to carry us through for the last two races. Let’s go,” the Australian concluded.

Lando Norris is planning on giving it all at this weekend’s grand prix in Brazil, and intends to make use of Saturday’s Formula 1 Sprint Race, the final one of the season to improve his Sunday grid position.

Giving it everything in the final stretch

Lando Norris added: “The Interlagos circuit is a really fun place to race. The mixture of the history with the brilliant fans makes it such a great atmosphere.

“I’ve finished in the points both times I’ve raced here so the plan is to keep the streak going,” the Briton maintained.

“With the Sprint this weekend, it’s a great opportunity to get as high up the grid as we can for Sunday’s lights out whilst hopefully picking up a couple of valuable extra points.

“We’re in the final stretch of the season so we’re giving it everything we’ve got,” Norris concluded.

McLaren team boss Andreas Seidl reflected on some of the challenges the team has to deal with at Interlagos, he said: “The team are looking forward to the race weekend at the Autódromo José Carlos Pace.

“It’s an interesting track with banked corners, the famous Senna S, camber changes and undulation, so it will be great to see the new cars on track and see what overtaking opportunities arise,” he noted.

“It is also a Sprint weekend which adds extra excitement for the fans and the teams,” the German went on. “It comes with some challenges that we must prepare for such as one less practice session and looking at what spares we need at the track with the increased risk of damage.

“However, it also provides an opportunity to pick up some vital extra points. It should provide some good entertainment for everyone watching.

“As we head into the final two races of the season, and with it being a double header, we need to keep our heads down and give everything we’ve got,” Seidl concluded.