Horner: What Mateschitz achieved and did for many people is second to none 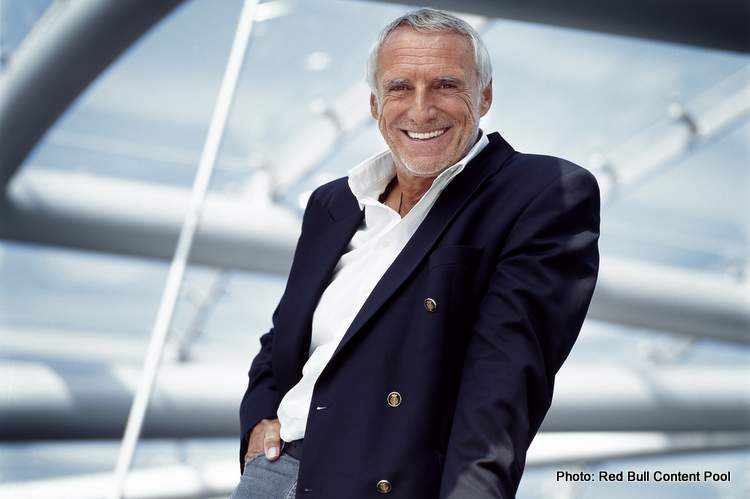 Formula 1 and the Championship-leading Red Bull team mourned the death of the energy drink company’s Austrian founder Dietrich Mateschitz on Saturday at the age of 78.

Red Bull Racing principal Christian Horner confirmed the news ahead of qualifying for the U.S. Grand Prix in Austin, Texas, where the team can clinch a fifth constructors’ championship.

Red Bull’s Max Verstappen has already won the Drivers’ Title for the second year in a row.

“What he (Mateschitz) achieved and what he’s done for so many people around the world, across different sports, is second to none,” said Horner.

“So many of us have to be so grateful to him for the opportunities that he’s provided, the vision that he had, the strength of character and never being afraid to follow and chase your dreams.

“That’s what he did here in Formula 1, proving that you can make a difference … so many drivers, so many team members, so many people in this pitlane owe him so much,” he told Sky Sports television.

Mateschitz bought the Ford-owned Jaguar team at the end of 2004 and turned it into Red Bull Racing, an outfit whose maverick image masked a fierce competitive spirit.

The Austrian also bought the Italy-based Minardi team and renamed it Toro Rosso, the Italian for Red Bull. They now compete as AlphaTauri, the company’s fashion brand.

The arrival of Adrian Newey, one of the sport’s greatest designers who had penned Title-winning cars for Williams and McLaren, turbocharged Red Bull’s progress and Germany’s Sebastian Vettel won four Titles in a row from 2010-2013. Red Bull also won the constructors’ title in all four seasons.

Stefano Domenicali and others pay tribute 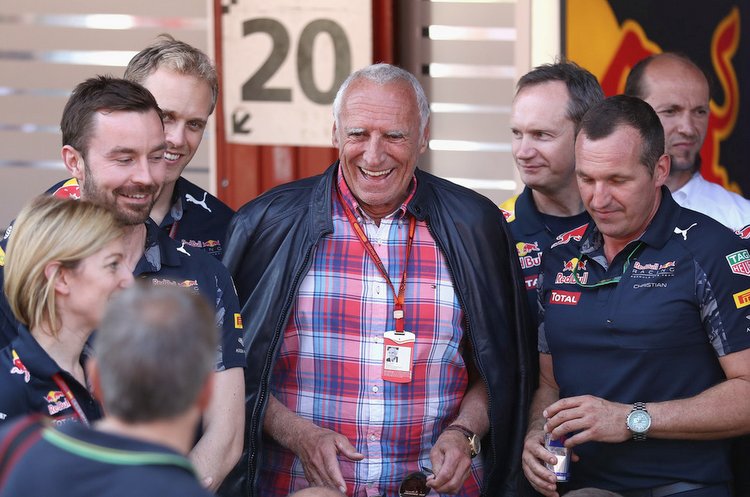 “I am deeply saddened by the news that Dietrich Mateschitz, a hugely respected and much-loved member of the Formula One family has passed away,” said Formula 1 chief executive Stefano Domenicali.

“He was an incredible visionary entrepreneur and a man who helped to transform our sport and created the Red Bull brand that is known all around the world,” he added.

Mateschitz’s death comes with Red Bull embroiled in a budget breach controversy that has teams up and down pitlane demanding a harsh penalty.

But those same teams after learning of Mateschitz’s passing quickly took to social media on Saturday expressing their condolences and praising him for his vision and contributions to the sport.

Aston Martin, Alfa Romeo and McLaren, whose team principal Zak Brown hours earlier had engaged in tense exchange with Horner over the budget issue during a press conference were among those offering their sympathies.

“Following the sad passing of Dietrich Mateschitz, our thoughts and condolences are with Dietrich’s family and friends, @RedBullRacing, @AlphaTauriF1 and the wider @RedBull family. Rest in peace,” said McLaren on their official Twitter account.

Horner said he was happy that at least Mateschitz got to see Verstappen clinch the driver’s title two weeks ago in Japan.

Verstappen will start Sunday’s race on the front row alongside Ferrari pole sitter Carlos Sainz but said he would be trying to make Mateschitz proud.

“I think of what he has meant for of course Red Bull and also the sport and especially for me what he has done for me in general in my career so far and my life,” said Verstappen. “It’s a really tough day.

“We gave it everything today in qualifying but unfortunately we missed out by a little bit but there is still a race ahead of course and we’re going to try and make him proud tomorrow.”(Reporting by Alan Baldwin)