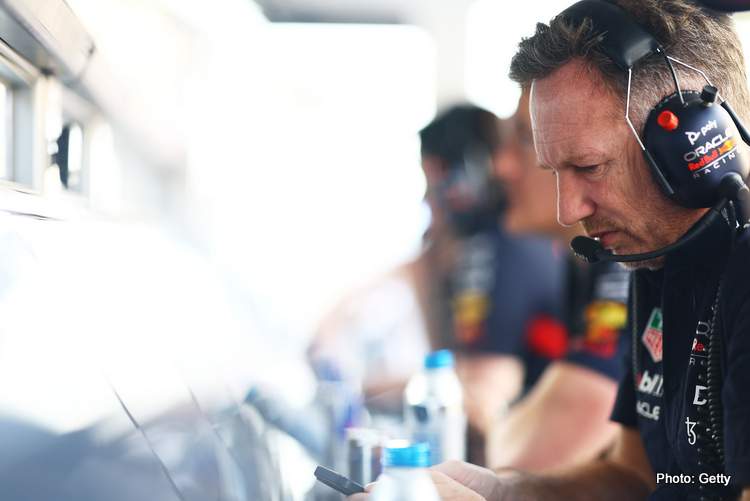 Red Bull boss Christian Horner is exasperated by the effective abuse his team was subjected to amid their 2021 cost cap breach that surfaces three weeks ago.

Horner said there would be no secret deal with Formula 1‘s governing body over his team’s budget cap breach and blasted McLaren counterpart Zak Brown for a letter making accusations of cheating.

Red Bull, who won the Drivers’ Title last year and this with Max Verstappen, were found to have exceeded the $145-million cap in 2021 with what the governing FIA said was a ‘minor overspend’.

Some teams have called for strict punishment to send a strong message.

Speaking in a tense U.S. Grand Prix news conference on Saturday with Brown alongside, Horner said the FIA had proposed an Accepted Breach Agreement (ABA) and that was under negotiation.

Not Red Bull’s intention to drag the matter

“I’m hopeful it can be resolved during this weekend,” he added. “Should that not happen the next process is going to the cost cap administration panel and then beyond that there is the international court of appeal.

“So it could draw it out for another six to nine months, which is not our intention,” the Red Bull boss insisted.

Horner said Red Bull wanted closure and talks with the FIA had been “healthy and productive”. The Briton said the proposed penalty was confidential but promised complete transparency once the situation had been resolved.

“There’s going to be no private, secret deal. I think it will all be absolutely above board. This is very different to a previous situation,” he said.

In 2020 the FIA made a private settlement with Ferrari after technical investigations into the Italian team’s 2019 power unit.

Horner said he was appalled at the behaviour of competitors and “three weeks of effective abuse” directed at his team over a cap introduced last year to help level the playing field.

Brown told the FIA last week, in a letter seen by Reuters, that any overspend breach was “cheating by offering a significant advantage across technical, sporting and financial regulations.” read more

The American did not mention Red Bull directly

Horner said some of his employees’ children had been bullied in school playgrounds as a consequence of “fictitious allegations from other teams”, and the brand had also been damaged.

“It’s tremendously disappointing for a fellow competitor to be accusing you of cheating, to accuse you of fraudulent activity is shocking,” he said.

“It’s absolutely shocking that another competitor, without the facts, without any knowledge of the details can be making that kind of accusation.

“We’ve been on trial because of public accusations since Singapore… the rhetoric of cheats, that we’ve had this enormous benefit, the numbers that have been put out to the media that are miles out of reality.”

Brown defended his letter, which was leaked to the media, and said it was a general response to the situation and what needed to be addressed. He said he trusted the FIA’s handling of the situation and future transparency.

Red Bull have denied benefiting from an overspend which has been put in media reports at $1.8 million.

“We had zero benefit from a development perspective or an operational perspective either for 2021 or for 2022 from the way we operated within the cap,” said Horner.

“Our submission (in March) was significantly below the cap. We absolutely and categorically don’t feel that we’ve had any advantage either in 2021 or 2022 or ’23 or ’24 or some teams even talk about ’26. It’s totally fictitious,” he pressed. (Reporting by Alan Baldwin)