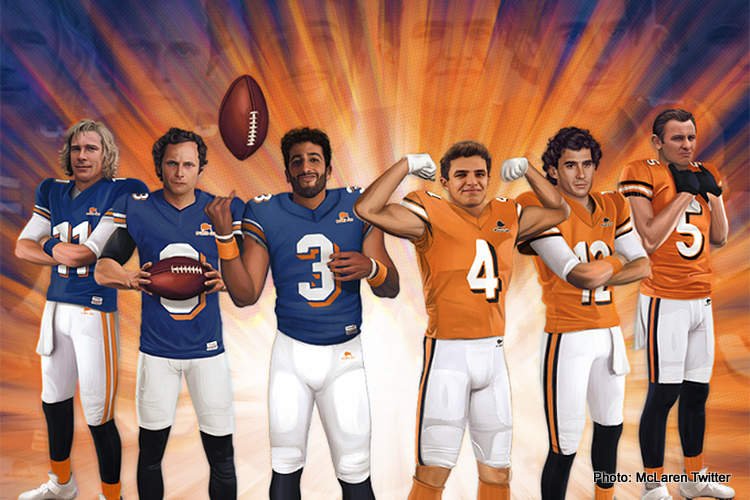 McLaren has paid an interesting tribute to Formula 1 legends who have raced for them, as well as current drivers Lando Norris and Daniel Ricciardo – in American Football kit and poses – in a Tweet on social media.

Among them are the late great Formula 1 legends, Niki Lauda, James Hunt and Ayrton Senna who brought five F1 titles to Woking between them; also in there are winners of three F1 titles for McLaren, F1 legends Alain Prost and Mika Hakkinen, their double World Champ of 1998 and 1999 plus founder – Bruce McLaren – and team favourite Jenson Button.

Ricciardo sporting his car #3 looks cool spinning a football and #4 Norris flexing his muscles, making it one of the more thought-provoking Tweets ahead of this weekend’s 43rd running of the United States Grand Prix and the ninth in Austin.

The tweet, featuring drivers in football gear, comes ahead of this weekend’s race weekend at Circuit of the Americas where interest in F1 is booming, paying homage to the most popular sports in the country.

McLaren have won the United States Grand Prix on seven different occasions, the first time in 1959 with team founder Bruce McLaren at the wheel and the last time they won was in Austin, back in 2012 with Lewis Hamilton at the wheel – the last of his 21 wins for the team. 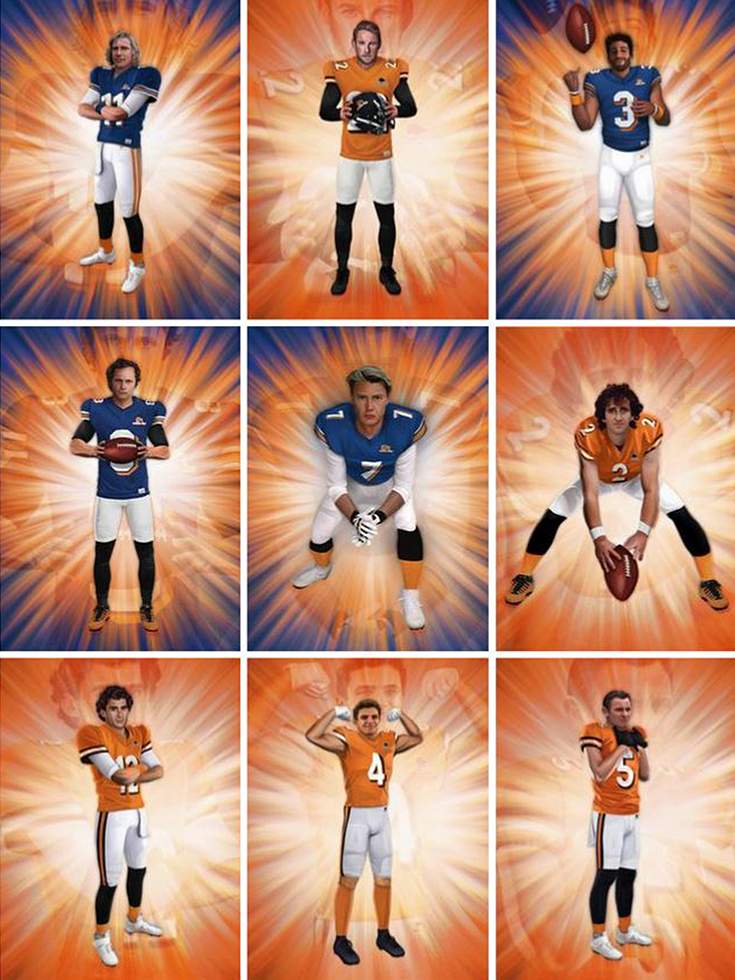