Vettel: I wouldn’t mind jumping back in for a race at Suzuka 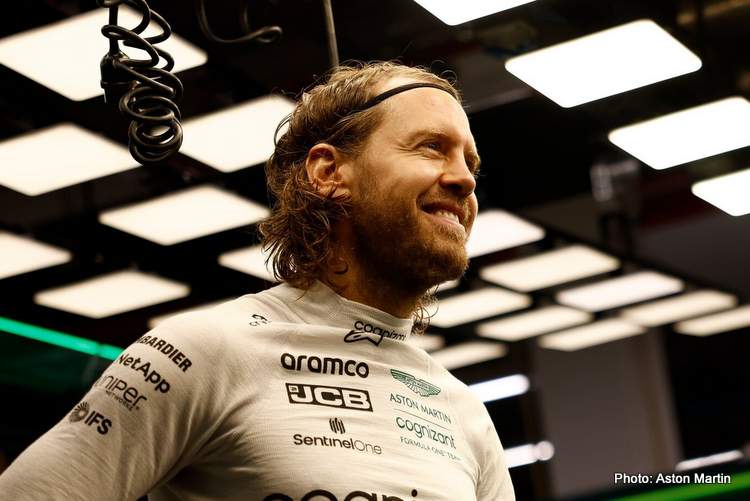 Sebastian Vettel is retiring from Formula 1 at the end of this year, but claims he wouldn’t mind to come back and race at Suzuka for one more time.

Vettel has quite an impressive record at Suzuka, the venue for this weekend’s 2022 Japanese Grand Prix, as he has won here four times before, and started it pole five times.

This will be the last time the German races at Suzuka as an F1 driver, as he will be entering retirement at the end of this 2022 season.

“Well, I’ve always loved the track. I think it stands out as my favourite track on the calendar,” Vettel said of Suzuka ahead of this weekend’s race.

“From the very first year, this has been a special place,” he added. “For me, just the layout of corners, the first sector, it’s iconic, it’s a figure-of-eight track, the only one we have.

“Plus, the atmosphere, the attention the sport gets when we come here is crazy so yeah, lots of very nice memories,” the Aston Martin driver pointed out.

Retirement feelings at Suzuka different than other tracks

Vettel admits the thought of retirement and racing at a track for the last time did not hit him quite as hard as it did at Suzuka.

“I didn’t think at the other races – I know it will be my last time, but here it does feel a bit different somehow. I look forward to the sessions we have and the race on Sunday,” he admitted.

And as for his future plans for racing after retirement and the possibility of visiting Suzuka in the future, he said: “I don’t know, never say never. I mean it’s a great track for many reasons.

“Who knows what the future brings, I don’t know. Obviously I love driving and I think around this track I always felt alive and the passion… feels alive, so we’ll see what kind of car in the future will come up.

“Maybe one of [the F1 drivers] in the future will feel sick – I don’t wish for them to feel so, but I wouldn’t mind jumping back in for a race at Suzuka at any time.

“We’ll see what the future brings – at the moment I have no plans,” the winner of 53 grands prix maintained.