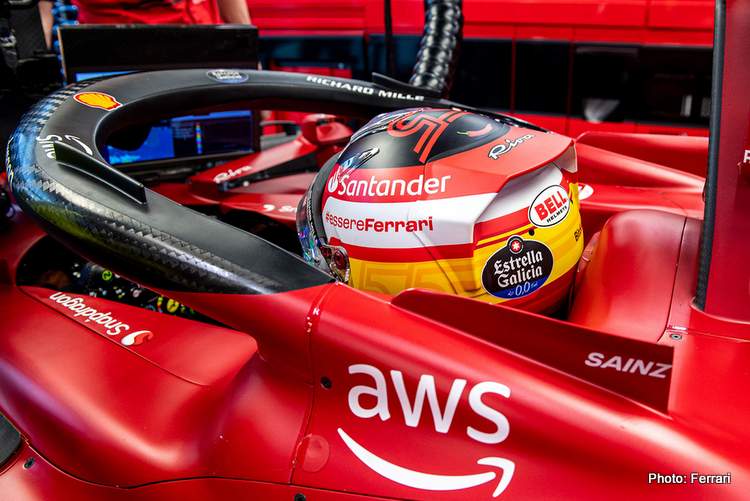 Carlos Sainz is looking to gather momentum over the final five races of the season, and benefit from that in 2023, after Ferrari’s Title challenge faded this season.

After having a promising start for his career in Red in 2021, where he finished ahead of teammate Charles Leclerc, Sainz struggled to adapt with this year’s Ferrari, the F1-75, which meant Leclerc spearheaded the team’s Formula 1 campaign in 2022.

Sainz improved over the course of the season, taking his maiden win at Silverstone back in July, but suffered reliability problems, not to mention his early season errors trying to adapt to his 2022 car.

In Singapore, he finished third behind Leclerc in second, a decent team result despite a win being on the cards for the latter, but Sainz was off the pace of his teammate all weekend.

“Personally, I would like… a bit of gathering momentum before next year,” Sainz told F1’s Official Website after Singapore.

“Because this year, for me, has been characterised by never getting more than two or three consecutive good races, always have a reliability issue, bad pit-stop, a strategy issue that comes into play.

Important to build confidence for driver and team

“When you’re about to get in a good run of races, you know, that is so important in Formula 1 to gather a bit of momentum and get the confidence for the team and for myself building,” the Spaniard explained.

Max Verstappen won 11 races this season, and is likely to clinch his second F1 Title in Japan this weekend, and with five races remaining, the Dutchman has the chance to equal or exceed the record for most wins per season, 13 first set by Michael Schumacher in 2004 and equaled by Sebastian Vettel in 2013.

Sainz is hoping that a good run of results in the final races of 2022 would stop Verstappen from such an achievement.

He said: “Hopefully from now on a bit more of that [momentum] and just more podium finishes, and, more importantly, a win.

“That, I think, would be ideal to break the Red Bull record and try to keep ourselves winning and keeping having that good momentum into next year,” the 28-year-old from Madrid maintained.

Sainz will be competing his 40th race as a Ferrari driver this weekend at Suzuka, Japan.