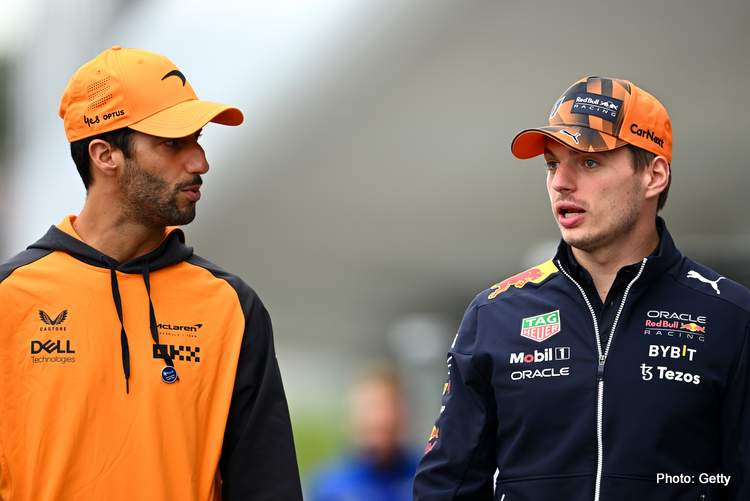 The governing body of Formula 1, the FIA, has put off until Monday a ruling on whether some teams may have exceeded the sport’s cost cap.

The contentious issue comes as Red Bull, whose driver Max Verstappen won the title last year, could win another championship on Sunday at the Japanese Grand Prix.

Verstappen has a whopping 104-point lead over Ferrari driver Charles Leclerc and is 106 ahead of Red Bull teammate Sergio Perez with five races to go, including this weekend.

Verstappen stayed out of the fray on Thursday, although a few rival drivers weighed in. He said: “I’m not really busy with these kind of things.

“I mean, it’s up to the teams and the FIA, and I just have to focus on the driving. So there’s not much more to say on that. I guess we’ll find out on Monday.”

Leclerc and Mercedes driver George Russell were asked what the penalty should be if a team is found guilty of the breach.

What other Formula 1 drivers had to say

Russell said he had trust in FIA president Mohammed bin Sulayem “to bring an appropriate punishment to anyone’s who’s found guilty. And you’d expect the amount that’s gone over should be the amount that’s taken off for next year’s budget — and probably a bit more on top of that as a punishment.”

Fernando Alonso, a two-time F1 champion, and Sebastian Vettel — who has four titles — called the issue complex and said the onus was on the FIA.

Alonso said it was not a top issue for drivers — but still an issue. He pointed out: “I guess we all expect from the FIA to police as good as possible for these things because we want to race in a fair environment.

“But it is a very difficult topic. The budget cap is one thing, but there are many teams with different structures with their own circuit and their own factories.”

Vettel said it comes down to fairness, commenting: “The FIA is in charge of that and we have to trust them of doing the job.

“And if they (teams) fail to comply with the rules, there should be consequences. I mean, it’s a complex, complicated matter and I’m not — we’re (drivers) not — the best judges to understand.” (Report by Stephen Wade)