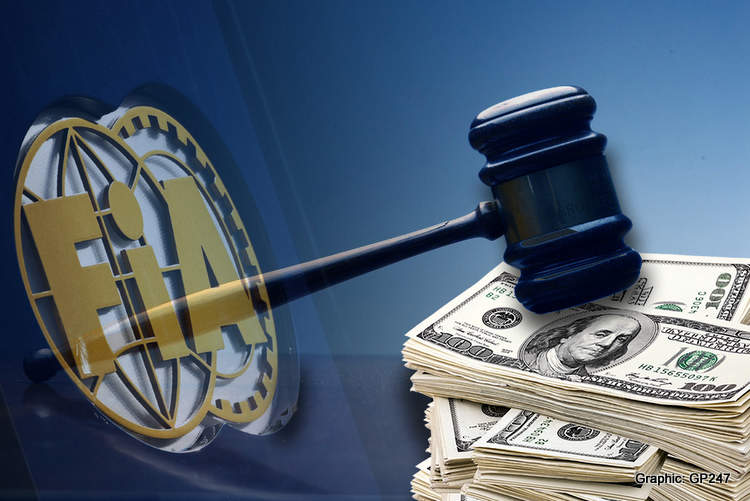 Formula 1’s governing body, the FIA, have delayed the release of the 2022 Certificates of Compliance to the Financial Regulations, the audit of last year’s $145-million F1 cost cap adhered to by the ten teams.

The results of all ten team’s financial audits related to 2021 expenditure were expected today, but will instead be released on Monday after the Japanese Grand Prix at Suzuka this weeeknd.

The FIA released the following statement on their website:

“The FIA informs that the conclusion of the analysis of the 2021 financial submissions of the Formula 1 teams and the subsequent release of Certificates of Compliance to the Financial Regulations will not take place on Wednesday, 5 October.

“The analysis of financial submissions is a long and complex process that is ongoing and will be concluded to enable the release of the Certificates on Monday, 10 October.

“As previously communicated, there has been significant and unsubstantiated speculation and conjecture in relation to this matter, and the FIA reiterates that until it is finalised, no further information will be provided.

“The FIA also reiterates that any suggestion that FIA personnel have disclosed sensitive information is equally baseless,” concluded the statement.

No doubt that final sentence to calm the stormy seas of outrageous speculation that has engulfed the F1 paddock since word leaked from the FIA that there were irregularities found. 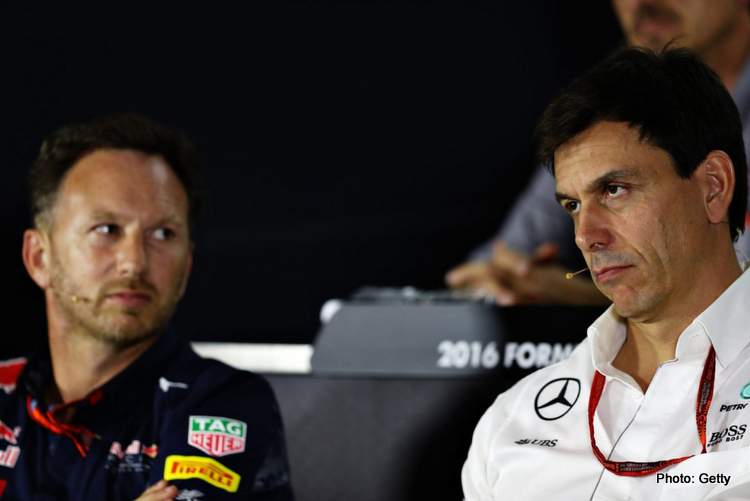 Ahead, of today’s expected, announcement a war of words broke out between Red Bull boss Christian Horner and his Mercedes counterpart Toto Wolff. The latter claimed knowledge of F1 cost cap breaches by their rivals.

Horner, in turn, questioned how this information managed to get to Wolff before the compliance certificates were released, who said it was “an open secret” that Red Bull has overspent, prompting Red Bull to threaten legal action at what he termed “defamatory” remarks, suggesting a leak in the FIA’s audit process.

Ferrari have weighed in on the F1 cost cap saga, the Italian team – also big spenders at times – watching with interest at what is a critical test for the budget control rules which many believe are unenforceable.

The Scuderia’s racing director Laurent Mekies warned: “Pretty much one of the main reason why we are we are banging about transparency and severity because if it turns out to be something that a team can bet on in order to gain a competitive advantage then the whole system collapses.

“This is why especially in the framework of the very first instance of the budget cap being challenged, you need that amount of severity,” explained Mekies, in other words, if this first audit fails to convince the F1 world that a F1 cost cap can be policed effectively, then the entire (well-intended) concept has failed.

Earlier this fake F1 cost cap announcement “FIA Statement” appeared on F1i.fr who were clearly duped (or perpetuated the scam) by what is obviously not authentic; however it does serve as a testament to the evil rabble-rousing that F1 has attracted in recent years 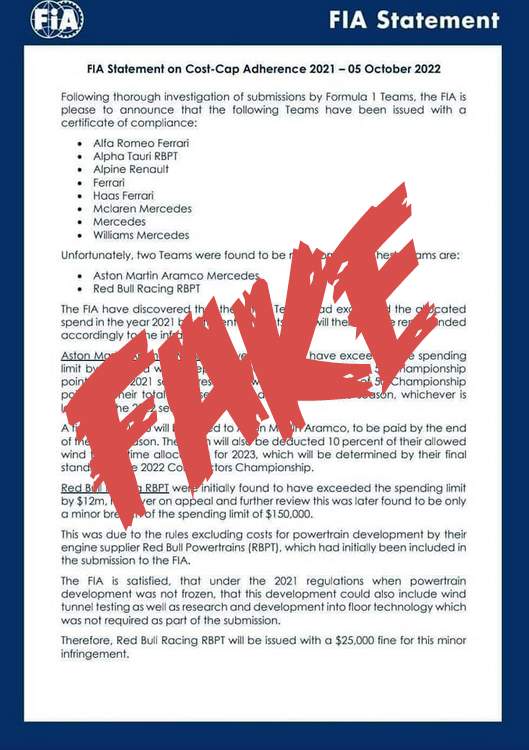