Ricciardo: We needed this 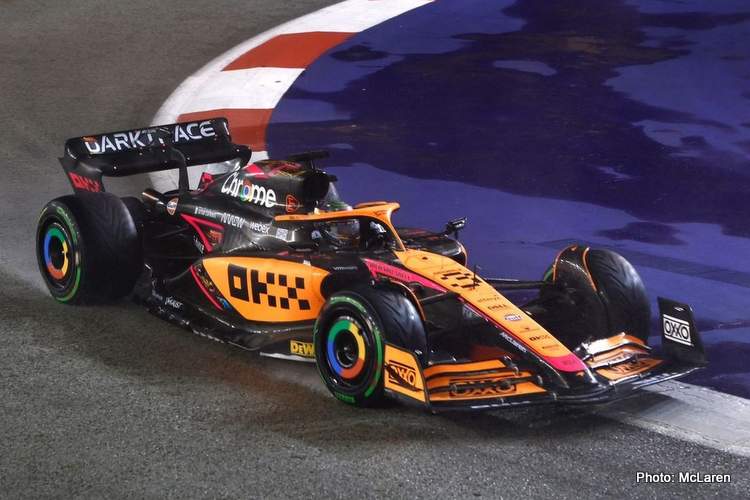 Daniel Ricciardo recovered from a disastrous qualifying to finish the 2022 Singapore Grand Prix fifth, a result the Australian claimed he needed amid a tough final season with McLaren.

McLaren brought one updated car to Singapore, that was given to Lando Norris to drive as he is the team’s leading driver in the Drivers’ Standings, as Ricciardo suffers one of his worst seasons in Formula 1.

Norris qualified sixth using the new car while Ricciardo was 17th fastest, but both drivers drove well to finish fourth and fifth respectively.

“We needed this, and as much as I’m looking forward to Japan I want to enjoy this one,” Ricciardo said after the race.

“I’m very happy,” he beamed. “I haven’t had a top five all year so I’m very pleased with that. I feel like some things fell in our favour today, but I also think we were very patient and mature.

“It was very tempting to jump on a slick and try to be a hero in the position we were in – but I think we were just sensible, bided our time and that obviously allowed an opportunity with other cars, and then a Safety Car.

“I’m really pleased the first lap was good, we made some positions there as well. So, we did everything right. We maximised a top five and it was a big one for the team in the Constructors’ Championship, so everyone’s got a smile on their faces,” the Honey Badger explained.

Norris: I drove a very good race and smart race 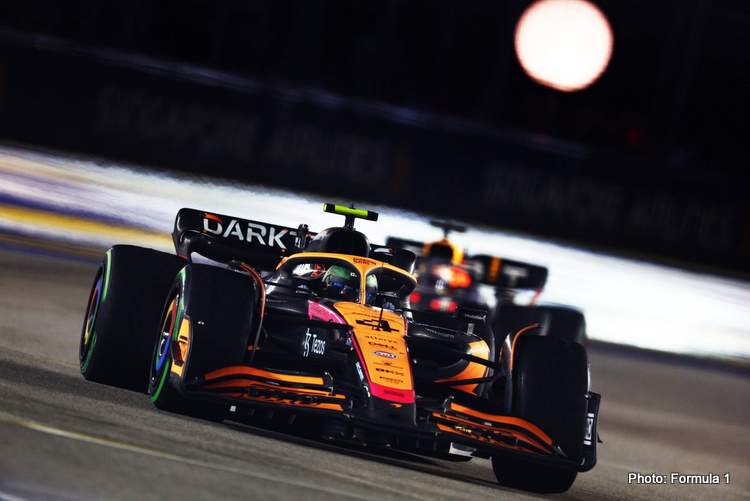 Lando Norris did well keeping Max Verstappen at bay most of the race, and was happy with his teammate’s result as McLaren maximized their points haul in Singapore.

“Fair play to him, he [Ricciardo] has done a great job, we maximised today,” Norris said of Ricciardo, quoted by F1’s Official Website.

“Literally could not have done any better,” he said of McLaren’s race. “So, great job by everyone, by the whole strategy team as well. Maximised today especially when others had some troubles.

“Happy, great weekend – not an easy one. It felt like one of our worst to begin with, but ending up almost being one of our best of the year.”

Norris had a sniff of a podium as he ran Ferrari’s Carlos Sainz close at some point, of that he said: “I tried. He was pretty slow to get going – I don’t know why.

“I was quite surprised that I was able to catch him as much as I did. But I think even if I was one second quicker, I would never have passed him,” he revealed.

Of his tussle with Verstappen, that saw the Dutchman overshoot his braking into the runoff area at one point, the Briton said: “Max obviously tried to pass me, and he went straight on.

“Maybe at the end it was a bit easier; I wouldn’t have had a chance. The pace was good, I feel like I drove a very good race and smart race today, and it paid off for both myself and for Daniel too.

“Fourth and fifth was much higher than [our] expectation,” Norris concluded.

McLaren are back in the game 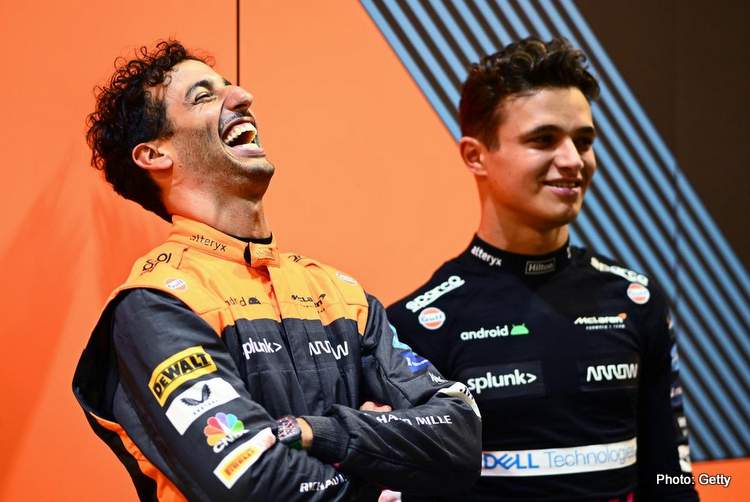 With both Alpine cars – Fernando Alonso and Esteban Ocon – failing to finish the race in Singapore, both suffering power unit problems, McLaren now lead the French team in their fight to fourth in the Constructors’ Championship by four points.

“Twenty-two points. Back in the game!” a satisfied McLaren boss Andreas Seidl said. “Thanks to the entire team for delivering an excellent result this weekend, in hot, humid conditions here at the track in Singapore, back at the MTC and our colleagues at Mercedes HPP.

“Daniel and Lando both had superb drives today in tricky conditions,” he added. “They did not put a wheel wrong on a day when many of their peers went off – but equally they benefitted from great teamwork and clear communication from their strategists, engineers and the pit crew, who once again delivered.

“We made the right calls today when it was very tricky to judge the best course of action. While we were in a good position from early in the race, in these conditions and particularly on this track.

“It is always tempting to jump early, switch to the slicks and try to grab even more,” the German pointed out. “We had patience, two reliable cars, and solid pitstops, all of which were crucial factors in the result today.”

Seidl hailed Ricciardo’s race saying: “Special mention for Daniel. From P16 to P5 is a magnificent achievement. Both he and everyone on his side of the garage have worked so hard and shown so much commitment this year, it makes me very happy to see his best result of the season so far.

“Beyond the result, the upgrade that we ran on Lando’s car worked as we expected, which is a big positive. We’re looking forward to it being fitted on both cars in Japan.

“We won’t get carried away with the result today,” the McLaren chief warned. “It’s good to be back up to P4 in the Constructors’ Championship but we’re in a tough competition with a very strong Alpine team.

“We’ll keep our heads down and keep working hard until the final lap in Abu Dhabi… but first up, Suzuka,” he concluded.