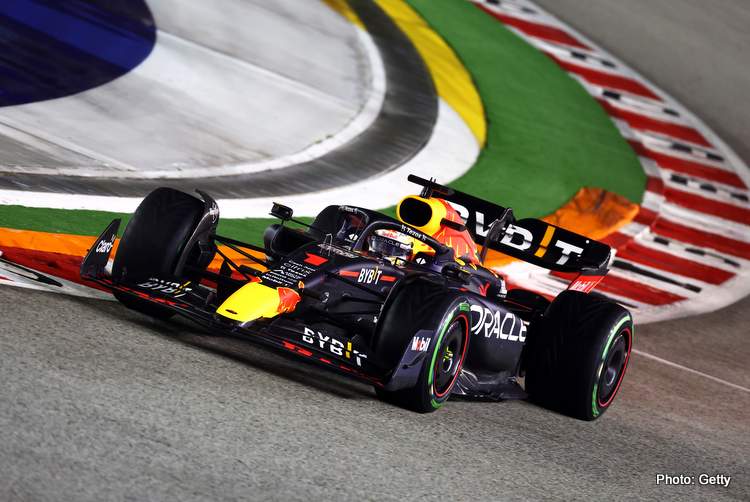 Christian Horner admitted Max Verstappen’s qualifying, bungled by Red Bull, was a big wound he raced with in the 2022 Singapore Grand Prix on Sunday.

Max Verstappen was called into the pits on his final flying lap, when he was 1.5s up on Charles Leclerc’s provisional pole time, to keep enough fuel in his RB18’s tank in order to pass post-qualifying scrutineering. That meant he started the race on Sunday from eighth on the grid.

Horner accepted the blame, after the 2021 Formula 1 Champion went ballistic over the team radio demanding an explanation for what has happened.

“It was our mistake,” Horner told Sky Sports F1. “With the track ramping up, we assumed five laps was the maximum we could do and we actually managed to get in a position where we won ourselves a sixth lap.

“Fuel was going to be too close to the limit and rather than starting from the pitlane, we elected to abort the lap which is obviously massively frustrating for Max and for the whole team.

“It relegates him to eighth, but it’s better than starting from the pitlane,” Horner insisted. “With the pace we had, I’m sure we can make great progress from there. It makes life a lot harder with the nature of the circuit here, but what we’ve seen with these cars this year is you can overtake.

“You can make progress and one thing we’ll know with Max is he’ll give it everything. It’s a tough race, the longest and hardest race of the year. The weather could do something interesting as well, so there’s going to be plenty of opportunities,” he explained.

Verstappen could not make up places in the race 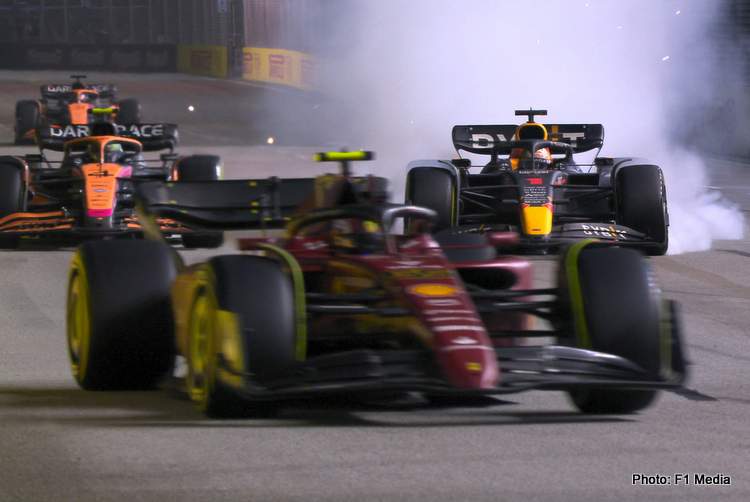 However on race day, Verstappen could not make up positions, suffering from a bad start, then struggling to overtake on a day when the Dutchman was not at his best error free self; ultimately finishing seventh.

“I mean, it was obviously hugely frustrating, but he’s raced hard, he’s raced his heart out today, he’s come through the field twice and those points are vital for both him and the constructors.

“He gave it everything today – unfortunately, it just wasn’t his weekend,” the Red Bull boss lamented.

“He was very patient through the race,” Horner went on. “Then he got an opportunity through the restart, obviously the [tyre] pressures were so low he felt that he bottomed out and picked up a massive flat spot, then had to pit again, came from a massive distance behind, and obviously those last couple of laps – a lot of people were watching the front but the action was going on between Lewis, Sebastian and Max, it was a phenomenal race.” 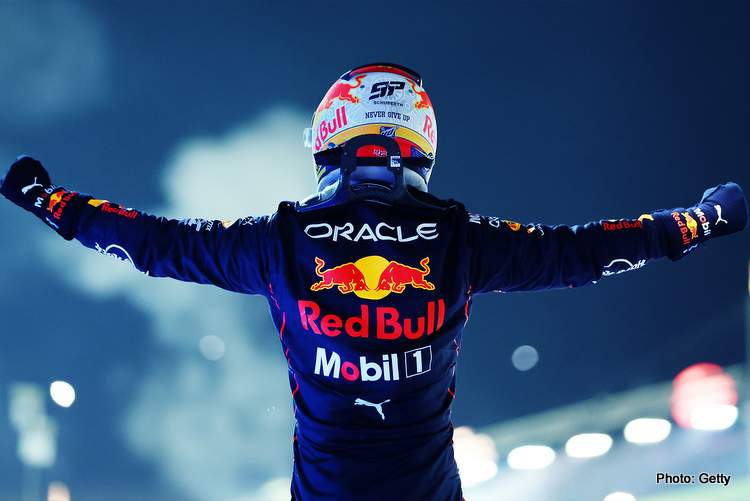 On the other side of the Red Bull garage, Sergio Perez made an excellent start from second, beating Leclerc into the first corner and going on to win the race in tricky conditions, also surviving two investigations for Safety Car rules’ breach.

“It’s without doubt the best drive of his career,” Horner said hailing the Mexican’s race. “Tricky conditions; he nailed the start, he converted the start.

“He settled himself into the race, he looked after those intermediate tyres, Safety Cars coming and going, restarts, and he was just always in control – super cool – obviously the crossover onto the slicks, getting them going as well,” he explained.

“And he just couldn’t shake off Charles, who kept having the benefit of that DRS, and they [Ferrari] were throwing everything at it,” Horner added. “One wobble from Charles gave him [Perez] that second break and then he was able to find his stride and a massive, massive result from him, so super proud of him today.”

“Absolutely, that’s world class,” Horner insisted. “As I say, that is right up there – that’s for sure his best victory, it even surpasses his Monaco victory; under massive pressure he’s going out, he’s delivered.