Leclerc: I just kind of brought the car home 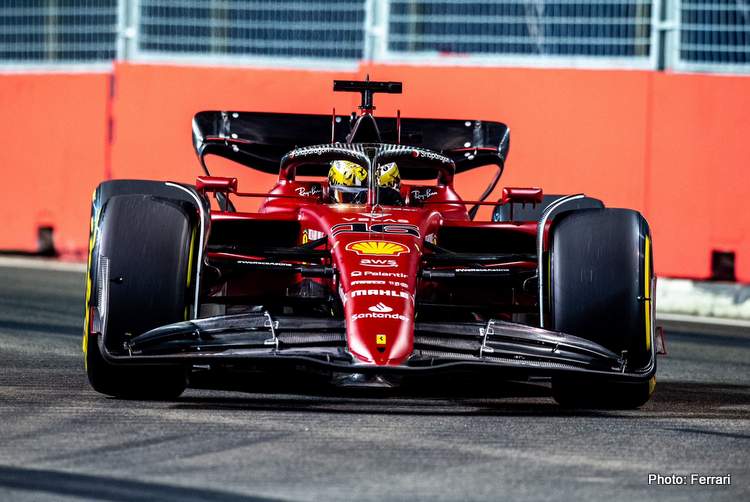 Charles Leclerc admitted he had no chance to catch and overtake Sergio Perez during the 2022 Singapore Grand Prix, but just focused on bringing the car home.

Charles Leclerc’s race was lost at the start, when he got overtaken by Sergio Perez at lights out but kept in touch with the Mexican for the most of the race.

However, towards the end of the race, and after the second Safety Car, Leclerc had a chance to attack the #11 Red Bull, but could not make a move stick.

When Perez was informed that he was under investigation for the Safety Car breach, and asked by his team to pull out a gap, over five seconds, on Leclerc to avoid losing the race, he put his foot down, something Leclerc had no answer to.

Speaking of his race, Leclerc told Formula 1’s Official Website: “To be honest, first of all I think with Red Bull it seems like we have the upper hand in the first few laps and then they seem to… I don’t know, they struggle a little bit with warm-up but once they put their tyres in a window, they are very strong.

“But then at the end of the race it wasn’t that representative,” Leclerc added. “I was pushing until the gap was like 1.5s, but then when I knew it was 5.1s, I just kind of brought the car home.

“So the pace wasn’t that representative at the end. But having said that, I pushed quite a bit at the beginning of the stint and probably my tyres were also a little overheated at the end,” he admitted.

Leclerc was satisfied with a double Ferrari podium at the Marina Bay Circuit, and revealed the final races of the season will be in preparation for 2023, as the team looks to reduce the errors that have marred their campaign so far.

He said: “As I said before the weekend, we are trying to take those last races to improve our execution on Sunday, communication, strategy.

“We’ve already done a few changes; it’s not been an easy race today, but I think we made the right choices, and for that I am happy.

“Then of course we will look into the start because that is where we more or less lost the race,” the Monegasque pointed out.

Did the bad start cost Leclerc his first victory since Austria? “Maybe,” he responded. “But it’s part of the game. The start wasn’t good enough but then it was a really difficult race for us to overtake but it’s like this.”

Ferrari managed a race without mistakes 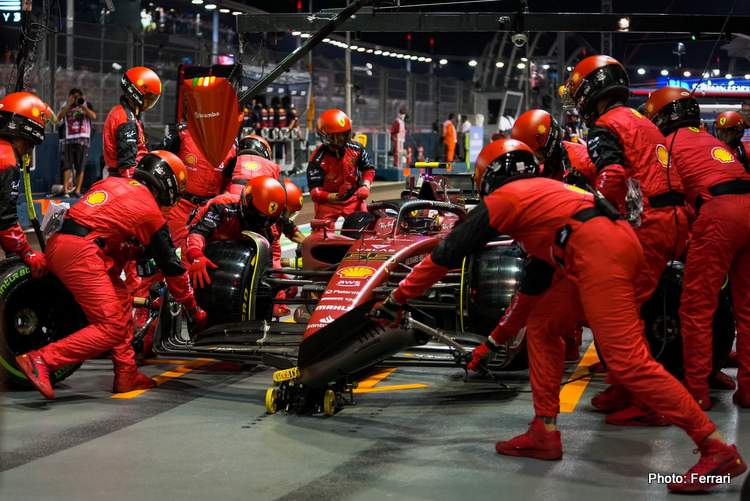 Carlos Sainz, on the other side of the Ferrari garage, had a subdued race to third in Singapore, as the Spaniard was way off his teammate’s pace, but did well to defend from Lewis Hamilton all race long.

“It was quite a strange race for me to be honest,” Sainz said of his race in Ferrari’s press release. “I had a good start and managed to get Lewis, but for some reason I struggled with pace in the first stint with the Intermediates and only towards the end of race did I manage to recover it.

“But by then it was already too late. We need to look into it because I’ve been quick all weekend and today I lost all feeling with the car,” he added.

Sainz also hailed an error-free weekend from the Ferrari pit wall saying: “On a positive note, we managed to do a race without mistakes in these tricky conditions, which was not easy today, bringing home a solid result with both cars on the podium.

“We’ll go at it again in Japan next week,” the Spaniard concluded.

Ferrari team principal, Mattia Binotto, added: “We are disappointed with the result of today’s race. It’s been quite a while that we have been chasing a win and today we came close.

“Having said that, we picked up a good number of points thanks to a second and a third place. Overall, it was a difficult weekend to manage, but the car worked well in both the wet and the dry.

“Here in Singapore, Ferrari showed that it had got over the difficulties of Spa and Zandvoort and we were able to get our performance back on track, which bodes well for the coming races,” the Ferrari chief concluded.