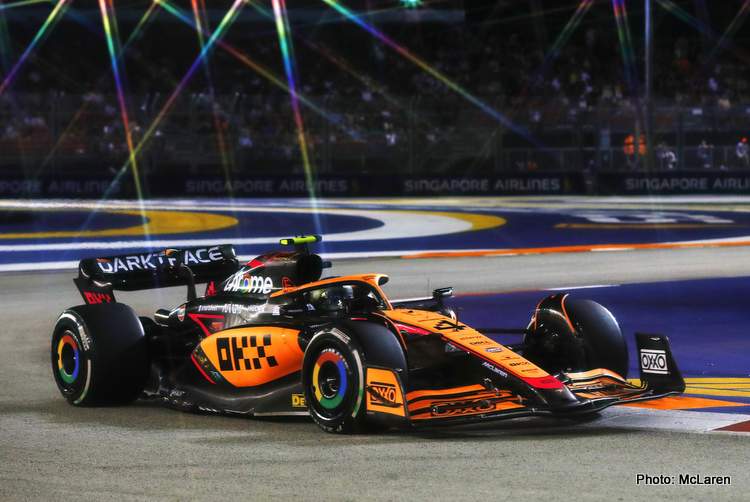 Lando Norris sampled McLaren’s significant upgrade package at Singapore, but is seems the team is yet to unlock the performance, as the Briton said the pace doesn’t look to be there.

Norris was the only driver running the team’s upgrade package, as Daniel Ricciardo was still driving the old spec MCL36, but that didn’t seem to make any difference as both drivers were slow on Friday.

Norris was 19th in FP1 and 11th in FP2, while Ricciardo was 12th and 18th in the first and second practice sessions respectively.

But Norris is reporting that despite the car being slow, it is behaving as expected with the new parts and the team just has to unlock the pace.

The Briton said on Friday: “Tough day, just because of the temperature and the challenges of Singapore, but I think good that we’ve got a good understanding of the new bits on the car.

“They’re performing as expected, which is in some ways similar to the way the car felt before the update, with just some small tweaks in the way that it works, and acts, which is what we want,” he explained.

“The pace is not looking like it’s there at the minute, we’ve got a lot to find if we want to get into Q3 tomorrow, more than normal, but we’ll give it a good shot, work hard overnight and see what we can unlock,” Norris concluded. 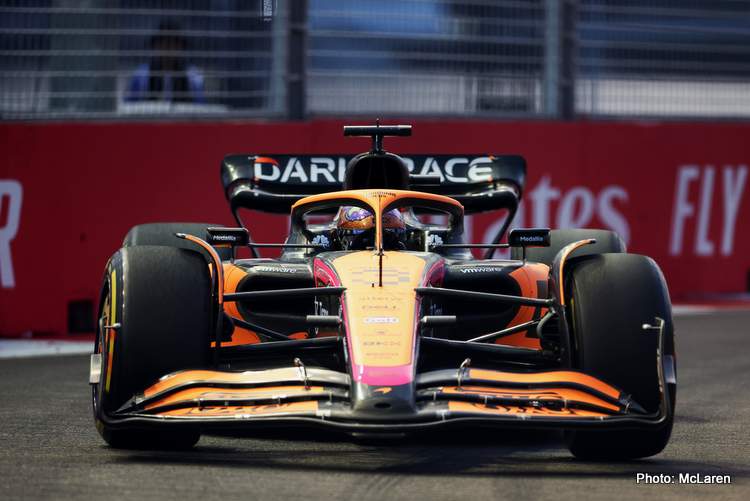 Ricciardo revealed struggling with his ride especially in FP2, and said: “Singapore, it’s nice to be back. It’s hot of course but it didn’t feel too brutal today, and I felt like I got through the day OK.

“It’s been a while since we were here and we’ve got a bit of work to do tonight. We’re obviously quite slow and struggling quite a lot, especially tonight. So, we’ve got some work ahead of us,” he admitted.

“We’ll try to make the best of what we’ve got, but certainly it was a tricky afternoon session. We’ll see what happens tomorrow, it’s hard to know now but I think we’ll definitely make changes on the car, try to find a bit more comfort and speed in it and go from there,” the Australian explained.

Andrea Stella, the Formula 1 team’s Executive Director of Racing, summed up the team’s day saying: “Singapore is a tough, demanding venue for a variety of reasons, and it’s good to be back here to pick up this challenge.

“The sessions this evening went according to plan, both drivers worked through their programmes with no major problems,” he added.

“It’s been good to introduce the new parts on Lando’s side, we’ve collected a lot of data that will help us optimise this new package. A big thanks to the team back at the factory for enabling us to deliver this package this weekend.

“We have some work to do from a performance point of view, and overnight we’ll be analysing all of the information we gathered on track today, to get us into as good a place as possible for qualifying tomorrow and Sunday’s Singapore Grand Prix,” Stella maintained.