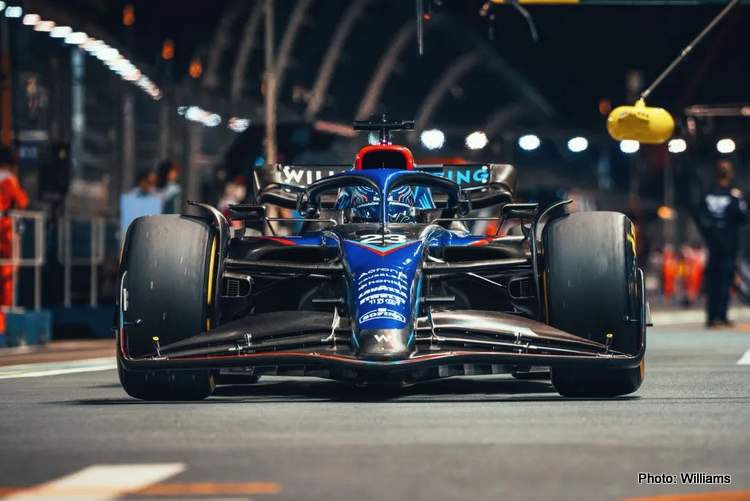 Alex Albon revealed he is coping with the gruesome challenge Singapore poses on Formula 1 drivers better than expected, after recently recovering from appendicitis.

Albon had to sit out the 2022 Italian Grand Prix as he was diagnosed with appendicitis and required surgery after which he suffered from respiratory failure from post-operative anaesthetic complications.

The Thai driver was replaced by Nyck de Vries at Monza, but is fit to drive at this weekend’s Singapore Grand Prix, famous for putting extreme physical stress on F1 drivers due to the heat and humidity.

However Albon, who finished both FP1 and FP2 session on Friday 16th fastest, revealed he is feeling better than he expected.

“I’m feeling okay out there today despite everything that’s gone on and think I’m coping better than I expected,” he said. “We had a good amount of long runs but know it’s a quarter of what we’ll be doing come Sunday, so I’ll take advantage of the rest tomorrow.

The heat is the problem

“It feels okay when I’m in the car, generally speaking. It’s more just the heat! When you get out, you can feel that it’s obviously physical. But I feel like there’s no big issues so I’m feeling pretty good,” he explained.

As for the team’s performance, Albon admitted they were always going to struggle at the Marina Bay Circuit that rewards a car with high downforce, something the Williams’ FW44 lacks.

“We know where we’re struggling with the car but think it has more potential in it, despite coming here knowing we’re a little more behind what we had in Monza.

“This is a downforce sensitive circuit which doesn’t tend to go in our favour, with 23 corners there’s not a lot of time to get that lap time back.

“We’ve got some research and homework to do tonight and think Q2 would be a big success tomorrow,” Albon concluded.