Verstappen: I don’t think about the Championship, no rush 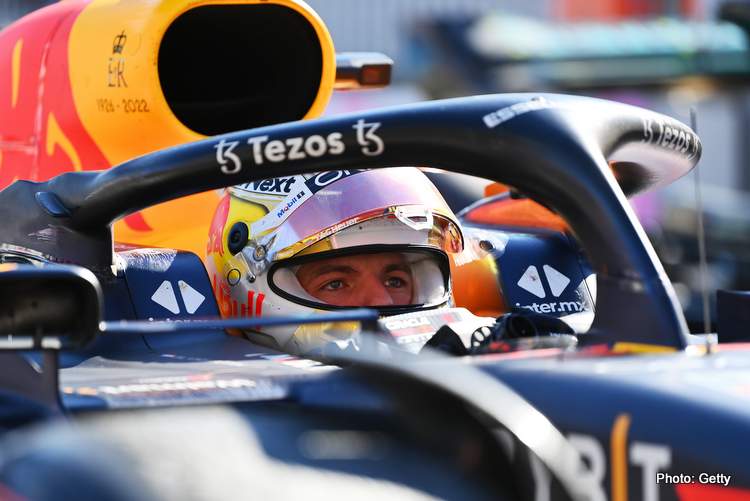 Max Verstappen is in no rush to secure his second consecutive Formula 1 Title, which could happen at the upcoming Singapore Grand Prix, but he is not thinking about it.

Verstappen needs to outscore Charles Leclerc by 22 or more points at the Singapore Grand Prix this weekend in order to secure his second F1 Championship, otherwise it will have to wait until the following race in Japan.

However the Dutchman insisted he is not thinking about the Title, but just looking to achieve a good result race by race, as he now amassed 11 grand prix wins this season, his latest at the 2022 Italian Grand Prix at Monza.

Previewing this weekend’s race, Verstappen said: “We haven’t been to Singapore for a while so it will be interesting to see how the track has evolved. It’s definitely one of the best races of the year and it’s a beautiful place to be.

“It’s important to have a good qualifying lap here so we’ll be focussing on that,” he pointed out. “During the race we just have to be ready for anything as there’s usually a lot of safety cars.

“In general, it’s a challenging circuit, the humidity is tough on the body and it’s very difficult to do a perfect lap because of tight turns and how close the walls are.

“I don’t really think about the Championship, I just want to have a positive weekend on track and take it race by race, there’s no rush,” the reigning F1 Champion concluded.

Sergio Perez, on the other hand, has been struggling to perform in last few races, and set the target to deliver as many point for his team on the final six races of the season, starting in Singapore.

“It is great to be back in Singapore, the track is very demanding both mentally and physically,” Perez said in the Red Bull’s race preview.

“We have had a little bit of a break which was good after the triple header and now we are massively looking forward to the rest of the season. It is going to be very important to make sure we put everything together for the final six races of the season and get as many points as possible.

“It has been a good time to analyse what has been going on in the last few races and we have a pretty good idea where to go to get back on track,” the Mexican said of his recent difficulties.

Verstappen leads the Drivers Standings by 116 points from Charles Leclerc while Perez sits third in standing just seven points ahead of Mercedes’ George Russell in fourth.

The Mexican will be looking over his shoulders as the consistent Russell will definitely be targeting that third place by the end of this season.