Albon: I’m ready and feel as fit as I can be 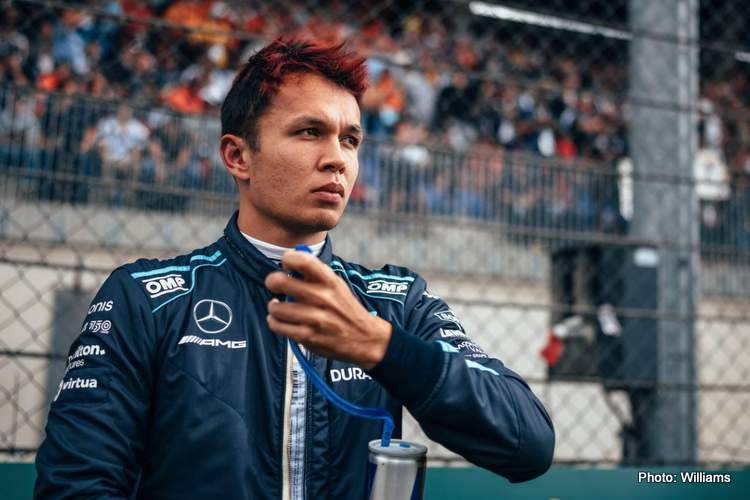 Alex Albon surprised even himself by recovering from his recent appendicitis and respiratory failure in time to be ready for this weekend’s Singapore Grand Prix.

He jumps back into the Williams FW44 for Friday’s first practice session — just three weeks after being hospitalized with appendicitis. He fell ill during the Italian Grand Prix and had surgery thereafter. Then, after suffering respiratory failure following his surgery, he was moved into an intensive care unit.

Now, 26-year-old Albon told reporters, on Thursday, he is raring to go under the floodlights at the Marina Bay Street Circuit: “I’m good. It feels good to be back. I feel ready; I feel as fit as I can be. We had a good week of training, two weeks almost, to get back to where we are today.”

“I don’t think we truthfully had in mind Singapore but, with the speed of the recovery, it was definitely a possible thing. We sat long and hard to think about it. I feel that I’m ready. We’ll wait until FP1 to see where it’s at.”

He couldn’t have picked a more a difficult track to test his recovery, at a night race on a twisting track where relentless heat — even late at night — and intense humidity make for arguably the most exhausting conditions in F1.

“We’ll see how it goes. We’re realistic and we know that we’re coming to the most difficult race of the year. We do have to be mindful of that. But I’ve been karting and it’s felt OK. No pain,” Albon revealed, before explaining that there was no miracle to his comeback: just patience and not pushing the body too hard, too soon.

Intense week of training and doing everything possible to get ready for Singapore. Feeling good and looking forward to the weekend, let’s see what it has in store 💪 pic.twitter.com/cgYvG0SHeU

Alex: We treated it like a 9-5 job, training and recovery

“It was more bed recovery to begin with. It was quite a tricky one, because you’re basically waiting for your lungs to recover,” he said. “At the same time, your body can’t move as well as it normally can. You can’t just jump back into normal training, you have to slowly build into it.”

Albon’s body responded well, he recalled: “It was Monday last week when we really started to push it and see what we can do. We treated it like a 9-5 job, training and recovery. Day by day it was getting better.”

Albon joined Williams this year after George Russell left to join Mercedes, where he replaced the fading Valtteri Bottas.

Albon has secured three of his team’s four top-10 finishes this season — with a best result of ninth place at the Miami Grand Prix in May — and his consistency earned him a new multiyear deal.

Dutch driver Nyck De Vries stepped in for him at Monza and drove with considerable aplomb to finish ninth and stake a very strong claim for an F1 seat next year.

The Williams seat remains open, with the team releasing their current pay-driver Nicholas Latifi at the end of this season. (Report by Jerome Pugmire)