Albon back for Singapore, De Vries on standby 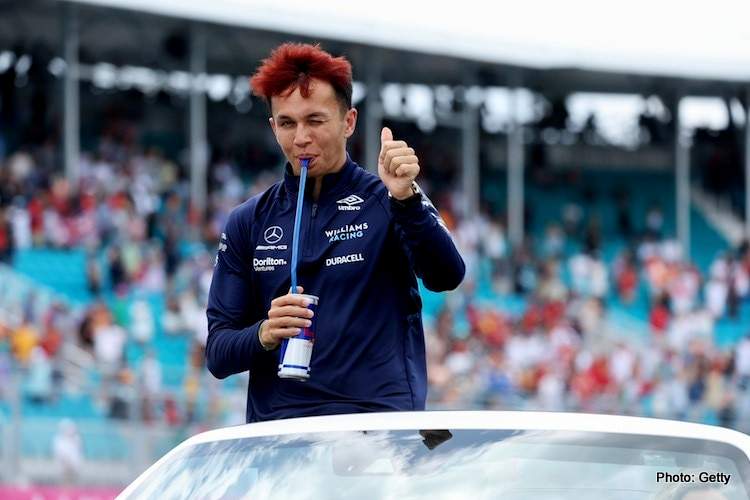 Williams Formula 1 driver Alex Albon will take part in this weekend’s Singapore Grand Prix, three weeks after he suffered respiratory failure and was left on a ventilator.

Albon endured complications from surgery when he was sidelined from the last round in Italy with appendicitis. But the 26-year-old insists he is ready to return to his Williams cockpit, despite Sunday’s race in the humidity of Singapore considered among the hardest challenges of the year.

“I’d just like to thank everyone for all their messages and support over the Italian Grand Prix weekend. My preparation for Singapore has been a little different than normal, but I’m feeling good and I’ve done everything possible to get ready for one of the most physical races on the calendar,” said Albon.

“I am not underestimating how big of a challenge this is going to be, but I am looking forward to hitting the track on Friday and getting back to driving. It’s a great street circuit and the closest race to home for me in Thailand, so I’m really excited to be here and to see the fans that have turned out.”

Albon, who races under the Thai flag, fell unwell with appendicitis at Monza and was replaced by the team’s reserve driver and Formula E champion Nyck de Vries.

The Dutchman, 27, finished an impressive ninth to score points on his F1 debut. De Vries is on standby if Albon is unable to race on the sport’s first return to Singapore since the pandemic.

Albon’s teammate Nicolas Latifi has been given notice by the team thus six races remain in his season with his seat up for grabs; De Vries no doubt a top candidate thanks to his fine debut at Monza two weeks ago.