Verstappen: Monaco understeer won’t be a problem in Singapore 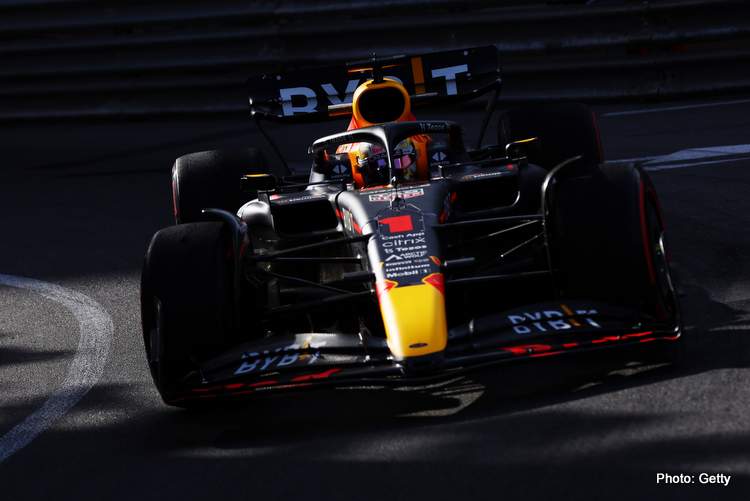 Max Verstappen is not worried the understeer he suffered in Monaco will be an issue at the upcoming Singapore Grand Prix after his Red Bull RB18’s diet.

Verstappen who leads the 2022 Formula 1 Drivers’ Championship from Charles Leclerc by 116 points has a chance to secure his second Title at this weekend’s race in Singapore if he outscores Leclerc by 22 or more points.

But the Marina Bay Circuit having similar characteristics to Monaco, where the Dutchman notably struggled with his RB18 that – due to its early season overweight problems – was prone to understeer, a trait Verstappen does not like in his cars.

Asked if the issues he faced in Monaco would re surface in Singapore, Verstappen said: “The car was very overweight, it [Monaco] was just the wrong place of the car as well as overweight.

“That’s why it was just understeering a lot more and prone to front locking, but I don’t think it will be a problem in Singapore,” he added.

Red Bull may face other new issues in Singapore

“But maybe we encounter different kinds of things. We haven’t been there in a while and it’s normally quite a bumpy track,” Verstappen warned.

“We just need to work on the setup, see how these cars react to the bumps, and try to go as fast as possible,” the reigning F1 Champion insisted.

Red Bull technical director Pierre Wache shed some light on how development of the RB18, especially in the weight department helped Verstappen.

“At the beginning of the season, we didn’t have the possibility to move the weight, and it was part of the setup,” he said.

“But I think it’s everything together and, after you find your performance somewhere, and it’s a little bit more tricky to set up the car, then it went in the favour of Max.

“I think he’s able to drive any car. Now we have to find a way to give a car for Sergio [Perez] to be performing and to compete,” Wache pointed out.

In Monaco, Sergio Perez was faster than Verstappen and won the race after qualifying third, while the latter finished third staring fourth.

It seemed that Perez enjoyed the “understeery” version of the RB18, but has been recently struggling to be close to his teammate’s pace as the car developed, which is clear from Wache’s previous statement.

The RB18 is faster, but it doesn’t suit Perez

The Red Bull engineer however noted that changes to the car were done to make it better, and that the better version did not suit Perez, which makes matter a bit tricky as the team tries to find a way to make the Mexican happier with his car.

“The main factor is clearly the car balance and the confidence with a car, compared to the beginning of the year when the car was a little bit more balanced for him and a little bit less for Max,” he said.

“And after the potential of development we put on the car during the season, moving away from that is maybe part of it.

“After, finding a right set-up for him, it is quite difficult to put him as confident as he could be to beat, or to fight with Max,” Wache admitted.

Wache thinks Red Bull may need to compromise a bit on the RB18’s performance to retrieve the balance Perez enjoyed hoping he can make the difference with his driving.

“Every time [it is] difficult when you try to develop the car theoretically for the performance, and after you’re stuck in terms of setup tools to re-balance the car,” he said.

“Then it means that you will have to go down a little bit on performance. To achieve the right counterbalance, the desired one.

“I would say normally you will lose a bit of performance to make it better. It doesn’t mean it’s a lot, but it is this type of direction,” Wache maintained.