Hamilton: If we won in 2021, life would be in a different place 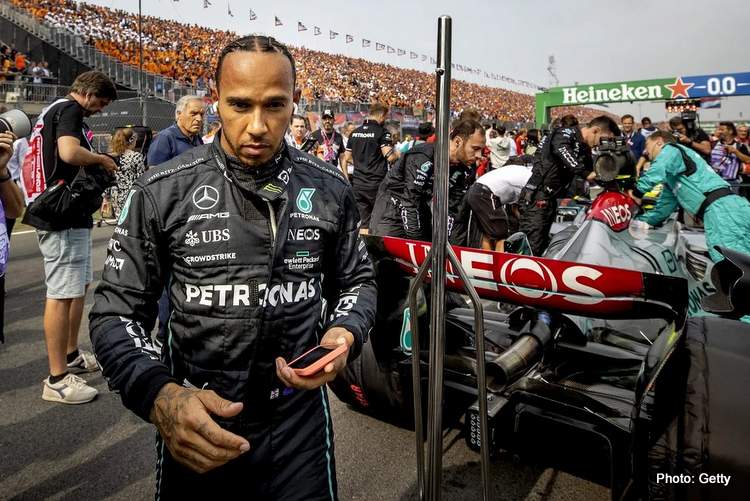 Lewis Hamilton revealed that failing to win his eighth Formula 1 Title in 2021 has maybe altered the course of his career, as winning would have made life a different place.

The seven-time F1 Champion admits having to live with an uncompetitive Silver Arrow in 2022, having failed to win last year is a driving factor that’s keeping him motivated to continue in the sport, which wouldn’t have been the case had he emerged from 2021 as an eight-time F1 Champion.

Hamilton is relishing the challenge to return to the top, and asked about this aspect in an interview with Racer, he said: “Definitely because it’s going to take longer than one year.

“I think if we had just won last year and then we would win this year, definitely life would be in a different place and you’d be on a different course,” he revealed.

“I love that it’s gone through a phase even harder and we’ve got to pull through that thick slog and get to the point where we are a little bit lighter and we’re floating a little bit more.

“So yeah, I would say that it’s encouraged me to stay longer,” the winner of a record 103 grands prix insisted.

The Mercedes ace said that he still has the drive and energy to keep going, declaring: “I’m feeling fit, I’m finding ways of feeling better physically.

“The mental challenge is a consistent thing and that will always be the case because that’s how it is for us athletes, because we’re on the edge. But right now, where I am in life, I’m really grateful for the opportunity I have here. I like to think I still deserve a place here, and there is lots of work to do,” he explained.

After being in the winners’ circle for many years, Hamilton admits he is dealing with his current situation “with great difficulty” as he is yet to win a race in 2022.

“I think it’s the same for everyone,” he went on. “I take a lot of inspiration from other athletes like watching Serena [Williams], seeing everything she’s gone through and in conversations, just the way she’s pulled herself back up and the great performances… she is just such a warrior and she’s my inspiration right now.

“Failure is not an option, but sometimes you do, and that’s part of the process. It’s how you then don’t beat yourself up or beat yourself down, it’s how you take it on, put it on your back and use it as experience to power forward.

“And some people will be like, ‘well, don’t be so hard on yourself,’ but that’s how I’ve got to be the driver I am today,” Hamilton maintained.

“And there’s so many implications of a mistake,” he added. “For example, the one I made. The team, the damage, the points for the team, the morale.

“So I go back into the factory and I’m like, ‘I’m so sorry’. But we win and we lose as a team and we pull back together and that’s the part I really do love. I’m not alone in the emotional roller coaster ride,” Hamilton concluded.