Ricciardo: I’m okay with not being on the grid next year 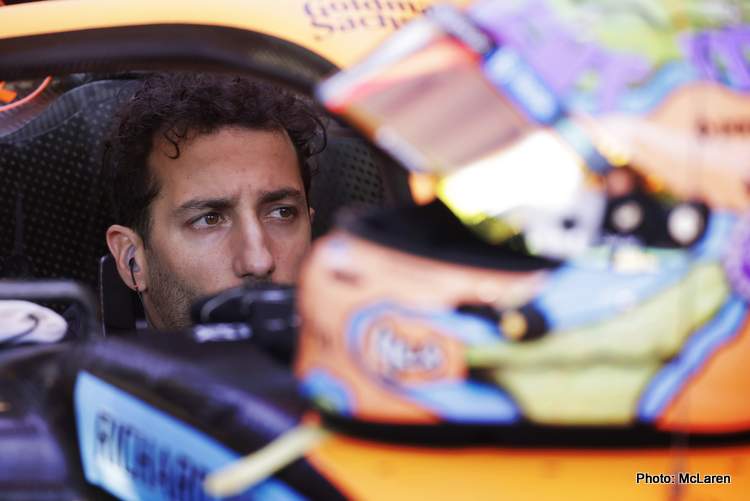 Soon to be former McLaren driver Daniel Ricciardo is yet to announce any plans for 2023, and the Aussie is not ruling out a year on the sidelines.

Ever since the Australian Formula 1 driver was announced to be leaving McLaren making way for compatriot Oscar Piastri, speculation has been rife regarding where he will land in 2023; linked to Alpine by some while also being tipped for a reserve role at Mercedes.

Both options seem to be a long shot for Ricciardo, who said after the 2022 Italian Grand Prix at Monza that he is getting used to the idea of taking a sabbatical in 2023.

“I’ve certainly accepted if I’m not to be on the grid next year, I’m okay with that,” Ricciardo told reporters at Monza when quizzed about his future.

Ricciardo looking for a suitable opportunity

The Honey Badger insists he doesn’t want to be on the F1 grid to make up the numbers, but would only consider a suitable opportunity

“Obviously, this is challenging and if I am on the grid then I want to know that it’s a place that I can enjoy it and feel I can thrive, an environment that I know I can thrive in,” Ricciardo said. “I don’t want to just jump in a car for the sake of it.”

Ricciardo retired from the race at Monza while running in the top ten, and he reflected: “Days like are certainly pretty frustrating but I’ll get over it and try to understand what’s best for next year.

“As I said, not in an overconfident or cocky way, if it’s not meant to be then I’m totally okay with that. I’m not going to be too proud,” the 33-year old humbly admitted.

However Ricciardo insisted: “We certainly haven’t given up on it but that’s where my head’s at at the moment.”