Fallows: We have to find the Aston Martin way of winning 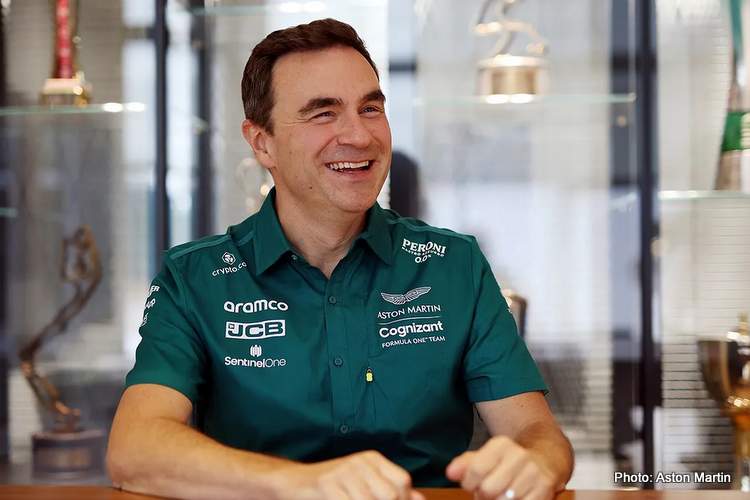 Aston Martin technical director Dan Fallows, whom the team lured from Red Bull insists that his new team has to find their own way to win, the Aston Martin way.

Fallow was in the center of an intense legal battle between Red Bull and Aston Martin, as both Formula 1 teams battled for his services, the former to keep him as their highly rated head of aerodynamics, the latter to add him to their growing team of technical staff.

Fallows was announced to be officially joining Aston Martin back in April, and has recently spoken in an interview on Aston Martin F1 team’s official website.

Previously being a part of the highly successful Red Bull outfit, Fallows was asked if he will be introducing the methods he applied their at his new team in their bid to achieve F1 success.

Aston Martin will need years rather than months to win Titles

“We are incredibly ambitious about shortening the timescales to get to where we want to be, but there’s a big difference between becoming the leading midfield team and seriously challenging for race wins and championships,” Fallows said.

“It’s something that’s going to take years rather than months to achieve, so we have to be realistic about expectations for the next couple of years. We all know what we need to do get to the front, but it will take time. There are so many pieces of the puzzle to put in place and a big part of it is learning from your mistakes.

Aston Martin are suffering with their 2022 F1 car, the AMR22, but Fallows is confident its successor, the AMR23 will be much more competitive.

“We believe it will be much more competitive than this year’s car. I’m confident we can make a big step forward with the AMR23,” he said. “Because when I look around the car, there are areas of improvement absolutely everywhere. I mean, we have literally hundreds of projects on the go right now.

“In the aerodynamics department, in the design office, in R&D, throughout the team, people are finding improvements, be it weight improvements, stiffness improvements, improved driver controls, better aerodynamics, a more stable car platform – it’s all going to bring performance to the car,” the technical director explained.

Fallows was part of the Red Bull growth story, following their miserable days as Jaguar, and he was asked to how he feels about the Aston Martin project in comparison.

“One of the most exciting parts of the Red Bull journey was when the team evolved from Jaguar,” he said. “A small team with a very limited budget suddenly had significantly more budget, more resource, and more technical strength right at the top of the organisation.

Aston Martin are currently ninth in the 2022 Constructors’ Championship, with 25 points, and only better than Williams who are dead last with six points only.