Alonso: Fighting McLaren a little bit of a dream 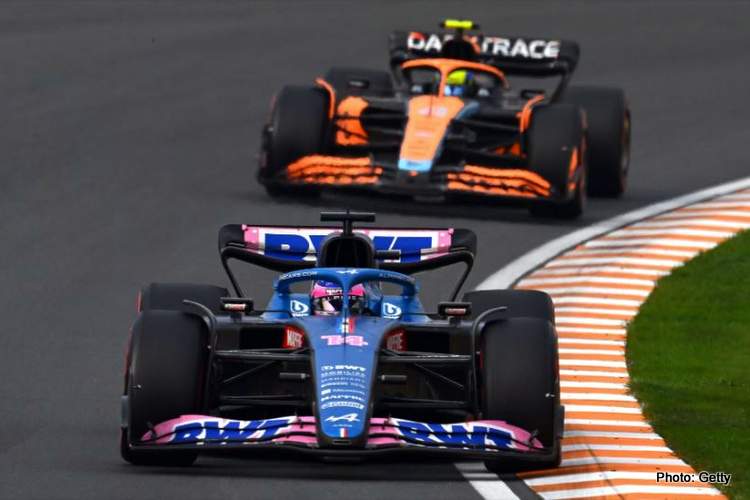 Fernando Alonso revealed Alpine wouldn’t have dreamt to be fighting with McLaren in the Formula 1 Constructors’ Championship at the start of the 2022 season.

Alpine and McLaren are locked in a fight for fourth place in the Constructors’ Standings this year, as the French outfit currently lead the Woking squad by 18 points with six races remaining this season.

“I think we started a little bit worried in Bahrain and winter testing,” he added. “We had some up and downs there in terms of performance. But I think from Australia or Jeddah onwards, the team has grown up a lot and the engine also is much better than last year.

“We had some reliability issues, but we have more power than last year, so we accept that,” Alonso admitted. “We are now fighting McLaren [in] the Constructors’ Championship and maybe that was a little bit of a dream at the beginning of the year, so I think we are overachieving compared to what we thought.”

The double F1 Champion has scored points in nine races out of the 16 contested so far, while retiring with technical problems three times, the latest being at the 2022 Italian Grand Prix at Monza, and he believes Alpine need to deliver clean race weekends.

Alpine have been unlucky, but need clean race weekends

“I think we had a few races where we were not super lucky,” he said . “Even in this run of points, Barcelona we started last, Austria the car did not start in the Sprint and we started last on Sunday, and we still even scored points in those races.

“But we need to have clean weekends, not have any problems Saturday and Sunday, and probably those will be better weekends in terms of points,” he insisted.

“I think we are in the same place as we have been all year long,” the Spaniard responded to a question about his podium prospects in 2022.

“I think we are right behind the top three teams so our natural position, let’s say, is seventh, seventh and eighth, so we need some help always from the cars in front.

“Sometimes there are penalties involved like in Spa and we start third on the grid… so we could have a better starting position, but lately in the race we eventually ended up in our natural [position],” he said.

Alonso will be leaving Alpine at the end of the season to join Aston Martin in 2023, replacing four-time F1 Champion Sebastian Vettel who announced his retirement from the sport by the end of this season.