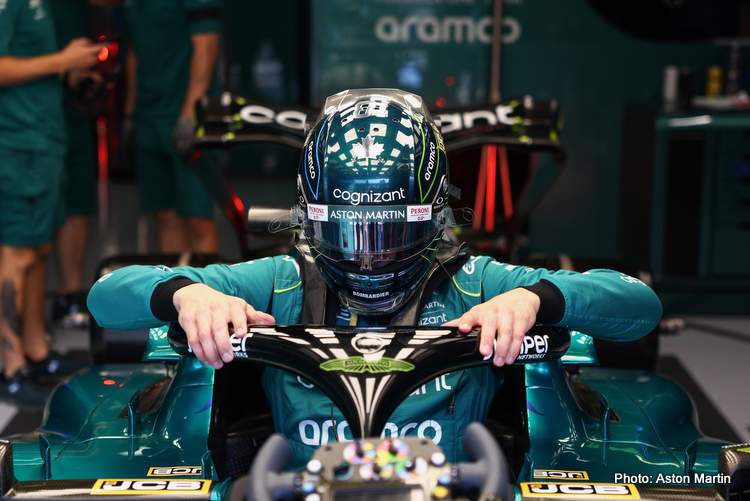 Mike Krack, Aston Martin’s team principal, claimed Lance Stroll is underestimated and tipped him to spring a surprise in 2023 when he goes up against new teammate Fernando Alonso.

Lance Stroll is yet to prove he’s deserving of a Formula 1 drive, and despite his only pole position in wet conditions at the 2020 Turkish Grand Prix as well as three podiums, the Canadian has not delivered consistent results after six seasons in top flight.

Instead, and unsurprisingly, Stroll has been under fire especially as his billionaire father’s money Lawrence have played the major role in his F1 career. Stroll senior even bought an F1 team where his son now enjoys an unthreatened seat.

Stroll’s boss at Aston Martin, Mike Krack defended him, and told F1’s Official Website: “People underestimate how good Lance is – they think he’s only here because his father owns the team and put him in the car.

“But you don’t do as well as he has against a four-time World Champion by accident, and you don’t win as many junior single-seater championships as he has by accident either,” Krack added, referring to Stroll’s titles in Italian F4, Toyota Racing Series and European F3.

“It’s important to remember that Lance has never really had a winning car in Formula 1, a car in which he can show what he’s capable of – to really deliver on his talent,” the 50-year-old from Luxembourg pointed out.

Stroll has had an over-the-hill Sebastian Vettel as his teammate for 2021 and 2022, but the German has beaten the Canadian in 2021, and currently leads him in the Drivers’ Standings in 2022.

However Krack believes the 23-year-old driver has fared well against the four-time Champion who will retire at the end of this season, to be replaced by an on-form Fernando Alonso.

“When Sebastian joined the team, people were saying Lance had no chance,” Krack said, “but Lance has performed incredibly well against a four-time World Champion – they’ve been closely matched.

“People are saying the same thing now that Fernando is joining the team, but let’s wait and see. Lance might just surprise a few people,” he claimed.

“I don’t know if Fernando underestimates Lance,” Krack continued. “He’s certainly not scared of going up against him in the same car – or any other driver for that matter – but there’s a respect between them.

“They’ve known each other for many years, they’ve raced against each other, and Fernando knows the qualities Lance has. There’s real respect there,” the Aston Martin boss insisted.

Stroll currently sits 18th in the 2022 Drivers’ Championship with five points to his name, while Vettel in 13th with 20. Alonso is ninth with 59 points.