Wolff: We must remind ourselves why we have grid penalties 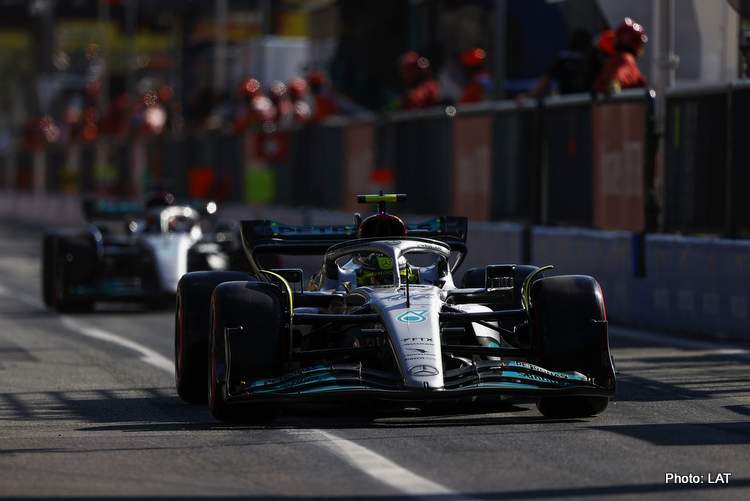 Toto Wolff reflected on the power unit penalty system now being applied in Formula 1, claiming there needs to be a reminder of why they have been introduced in the first place.

The result was a mixed up grid for the race, that took the FIA hours to issue after qualifying was over, with Lewis Hamilton being one of those drivers having a penalty for a new power unit.

Hamilton qualified fifth, but started the race 19th after penalties to all affected drivers were applied, and his team boss Toto Wolff defended the system that was under fire after over the weekend at Monza.

Wolff: No cost cap on power unit side

“We must remind ourselves why we have that,” he said about the regulations. “On the chassis side, we are cost capped, and we weren’t before. On the engine side, we are not cost capped yet.

“If there were no grid penalties, we would have qualifying engines. And not five of them, but 20! The big teams and the OEMs would spend what they want in order to have an advantage. So that’s why there needs to be a certain factor that limits that and avoids them. So this is where it’s coming from now. But has it gotten too complicated? For sure,” Wolff explained.

With some suggestions being floated around asking to scrap grid penalties and replacing that by deducting Constructors’ points for the team, Wolff is not convinced.

“One negative could be that the drivers’ championship is the one that counts,” he said, “and you’re just throwing engines on the car, taking plenty of constructor deductions, but winning the championship with a driver because he has a new power unit every race.

“I think we need to reconsider when the engine cap kicks in, and then that all [excessive grid penalties] goes away. But still, we don’t want to have an arms race on engines being brought,” he suggested. “Whatever freedom you give us, we will do it and we will do it even more strategically because it’s only five places or 10 places.

“We will blow an engine every race because it’s going to be three tenths quicker than the one before. So there needs to be a certain deterrent,” he insisted.

Wolff’s Ferrari counterpart, Mattia Binotto, whose driver Carlos Sainz was also slapped with a grid penalty feels the regulations need more clarifying while being skeptical on the permitted number of power units per driver, per season.

Facing the media at Monza, Binotto was asked if matters should be improved. He said: “Not only more instantaneous. The regulations need to clarify how we are accounting in that regard.

“So the reason why it took so long that there is certainly different interpretations and the regulation is not clear enough. So that’s something we need to address certainly for the future.

“Not only to address how we decide to grid position based on the penalties. The amount of penalties we got today as well are too many. Difficult for a fan to see a car on pole and not starting on pole because he got grid penalties.

“Maybe the three PUs per drivers are too little at that stage for what we have achieved and maybe it needs to be reconsidered for next seasons,” the Ferrari boss proposed. (Additional reporting by Agnes Carlier)