Mercedes: We want to fight Ferrari for P2 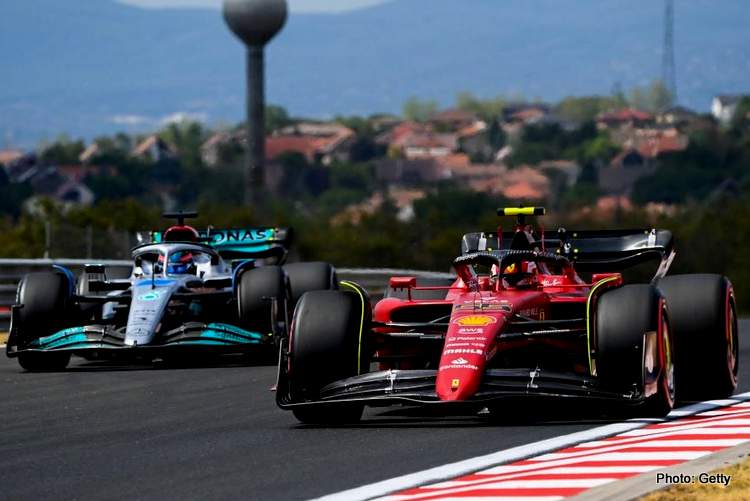 Mercedes have undoubtedly improved after their horrendous start to their 2022 F1 season, falling from the grace they have been enjoying since the start of the turbo-hybrid era back in 2014.

Their W13 featuring the innovative “zeropod” design was simply flawed, and despite the team persevering with the concept, they were able to get better, but the car remained unpredictable and inconsistent, fast at one track, painfully slow at another.

The eight-time Constructors’ Champions were relatively competitive at Zandvoort, but the high speed Monza did not suit their car, and with Lewis Hamilton having a power unit-related grid penalty, only George Russell made it to the podium, a feat not possible had Carlos Sainz not sustained a grid penalty himself.

Ultimately, Mercedes are only 35 points behind Ferrari on the Constructors’ Standings in third, and are adamant that second place can be snatched from the Scuderia.

“It’s allowing us to work out why our performance is going up and down, what we need to get back into the fight right at the front, and what we need to do over the winter – I think they’re the key things,” he added.

“We want to try and fight Ferrari for that P2 position,” Elliott declared. “We want to try and win a race this season, or multiple races ideally; and most of all, we want to get ourselves back on track so we’re fighting properly for a championship next year.

“That’s not any disrespect to our opposition – we’ve got fantastic opposition – but that’s what we really need to do,” the British engineer pointed out.

“We want to be back there [and] we want to be challenging for championships – because that’s what we’re about,” he insisted.

Looking ahead to the upcoming Singapore Grand Prix, Elliott is confident his team will fare much better there, as the nature of the circuit will suit their precarious W13.

“When you look back at the learning we’ve gathered over the season, I think we expect that Singapore [will] be a bit more like we’ve seen in Budapest and Zandvoort,” he said.

“It’s a bumpy circuit, which is going to provide its challenges, but in terms of the nature of the corners, we think it’ll be a bit better for our car.

“As always, we’ll do all the pre-simulation work we need to do, we’ll maximise our learning in the practice sessions, and hopefully we can turn that into a good result at the weekend,” Mercedes’ tech boss concluded.