Binotto: We need to change some things, not people 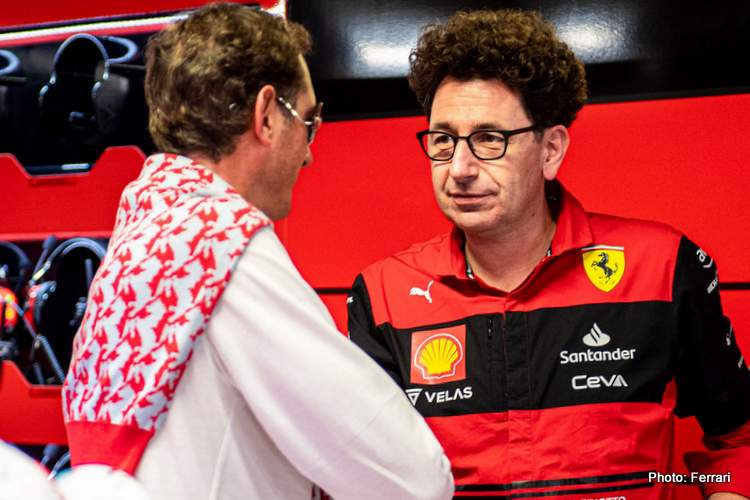 Mattia Binotto finally acknowledged publically that things need to change but not people, the Ferrari boss speaking after his team were humbled at the 2022 Italian Grand Prix.

Coinciding with the most important race weekend for the Scuderia, their almost invisible chairman John Elkann and other Ferrari big shots popped in to say hello and check out proceedings. The Agnelli scion prompted his visit with support for Binotto’s leadership and said he expected an F1 title or two by 2026.

This can mean two things are happening at Maranello: 1) The knives are out and Binotto should look over his shoulders, many a Ferrari manager has been shown the door after being told all is well. 2) Nothing.

Probably the latter as it appears, from this side of the fence, that Binotto is managing upwards as opposed to Elkann managing downwards like his always bullish predecessors Sergio Marchione and Luca di Montezemolo.

However, there was a warning of sorts from Elkann to Binotto between these lines: “We appreciate everything he and all our engineers have done, but there is no doubt that the work in Maranello, in the garage, on the pit wall and at the wheel needs to improve. We have seen that there are still too many mistakes when it comes to reliability, driving and strategy.”

Furthermore, one can imagine Elkann also having a private word in Binotto’s ear, telling him to get his act together which perhaps prompted a change of tune from the man in charge of the sport’s oldest and most supported team.

With the leadership’s faith in him intact, Binotto hinted to Sky F1 that his team were lagging: “If we look at the current season, we know there are still steps which are required to be in the position to win a championship.”

Binotto: Ferrari need to be the best 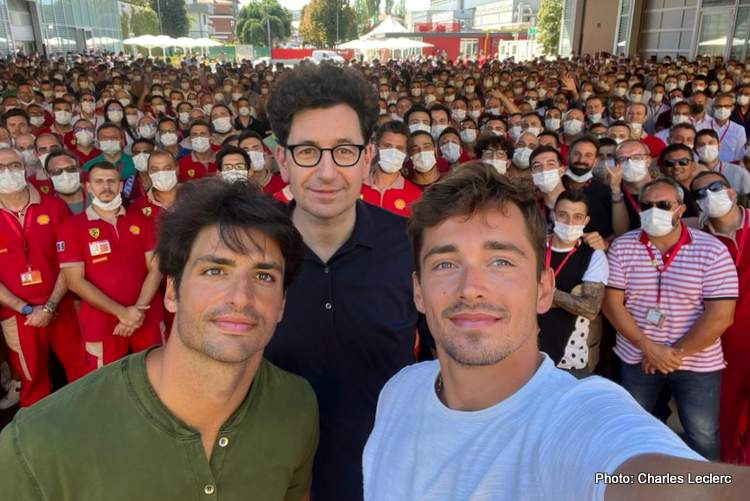 The Ferrari team boss, first lauded his underachieving team before outlining the areas of concern: “Overall the team did a fantastic job in developing the current car, but still there are situations needing improvement.

“The reliability – because the reliability cost us at least a couple of victories and in order to win championships you need to be reliable. Race management – strategy and pitstop areas of improvement are required.

“I think during the race weekend you may always do mistakes. I think being perfect is almost impossible, you need to take decisions on the pit wall, but we need to be the best,” insisted Binotto.

The sooner the better for those changes as this season, despite getting off to a great early start, their campaign was struck by (in no particular order) bad luck, bad strategy and bad errors; team and drivers included. Too bad for Tifosi. 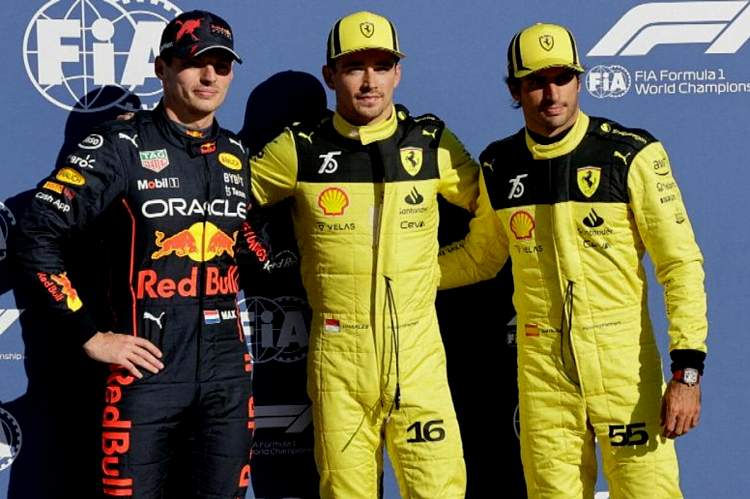 On the other hand, Red Bull spearheaded by Max Verstappen just gets stronger as the season progresses as his run of five consecutive victories testifies. He heads to Singapore hunting his sixth victory in a row and his 12th of the year, with six races remaining.

Worth noting that the F1-75 has powered its drivers to ten pole position starts – eight for Leclerc and two for Sainz – but on Sundays, they fail to seal the deal for reasons seen and heard by all on the telly.

While mathematically there is still the slimmest chance that Ferrari could snatch this one, it is the stuff of fantasy and needs runaway F1 championship leader Max Verstappen to co-operate by going on holiday from now until the end of the season and even then the Reds may still not win anything as Mercedes are gunning for second place.

Heading to Marina Bay Circuit for next weekend’s Grand Prix, Charles Leclerc is second in the 2022 F1 drivers’ standings 116 behind Verstappen, with Carlos Sainz 148 points adrift of the Dutchman who could clinch it if Leclerc wobbles.

Red Bull lead Ferrari by 144 points in the constructors’ championship with six rounds remaining, including the forthcoming Singapore Grand Prix; both team and driver set to wrap up the respective title in coming races.

The permutations are for Verstappen to claim his second crown at the Singapore Grand Prix: 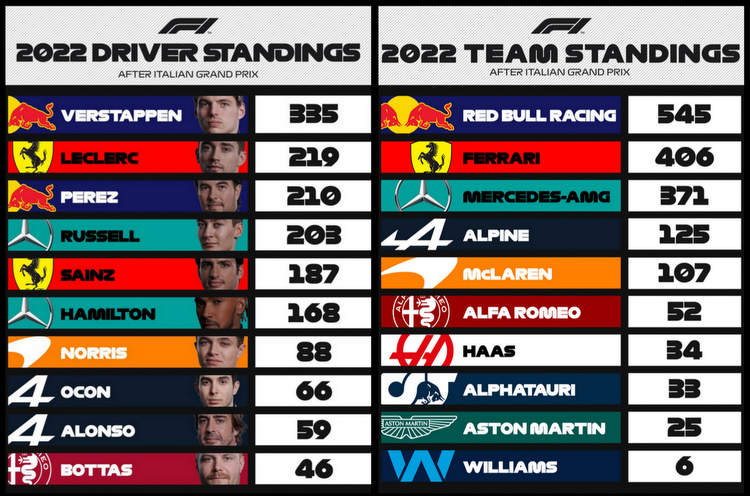