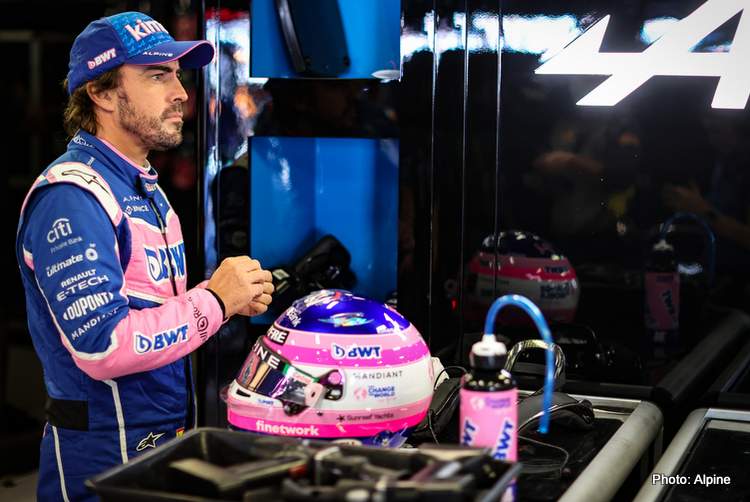 Fernando Alonso revealed the 2012 and 2022 Formula 1 seasons are his best during his time in the sport, and even supersede his two Championship seasons – 2005 and 2006.

Alonso is now 41 years old, but is still able to drive at a high and consistent level, but being in the midfield Alpine, he us naturally unable to fight for podiums, let alone contending for wins.

The best Alonso can achieve this year is help Alpine beat McLaren to fourth in the Constructors’ Championship this year, but is enjoying driving in F1 nevertheless.

“I do enjoy it for sure,” he said. “We would love to fight for the championship or for podiums, there’s always wins but we don’t have that possibility yet. But yeah, I’m happy with the performance this year.

“With those points, the situation in the championship will be very different, also with McLaren in the fight in the Constructors, so I’m happy and proud with the performance.

“I think together with 2012, probably they have been my best two seasons, even higher than the championship ones that we have a dominant car on those years. So 2012, 2022, next one will be 2032,” Alonso quipped.

Alonso has already contested 350 grands prix in his F1 career, and his contract with Aston Martin – where he will be driving in 2023 – means he will be around for at least two more seasons, meaning the 400-mark is within reach.

“I know the number because every weekend we keep repeating it, but I’m not into this so much,” the double Champions said. “I’m happy to be in Formula 1 for so many years and with the two more coming, or whatever, how long I will be in Formula 1, I will reach 400 for sure so that’s a big number.

“It shows my passion for the sport and my discipline to perform at the high level. If you are not performing, the team will not give you 400 Grands Prix for sure,” the winner of 32 grands prix concluded.

As a reminder, and since Alonso referred to his 2012 F1 season with Ferrari being one of his two best ever seasons, the Spaniard finished that season runner up to Red Bull’s Sebastian Vettel missing out on the Title by a mere three points.

He ran the German close that season, accumulating three wins, 13 podiums, and two pole positions. Vettel, on the other hand, won five races and was on the podium ten times while starting from pole on six occasions.