What next for Porsche in Formula 1 After Red Bull? 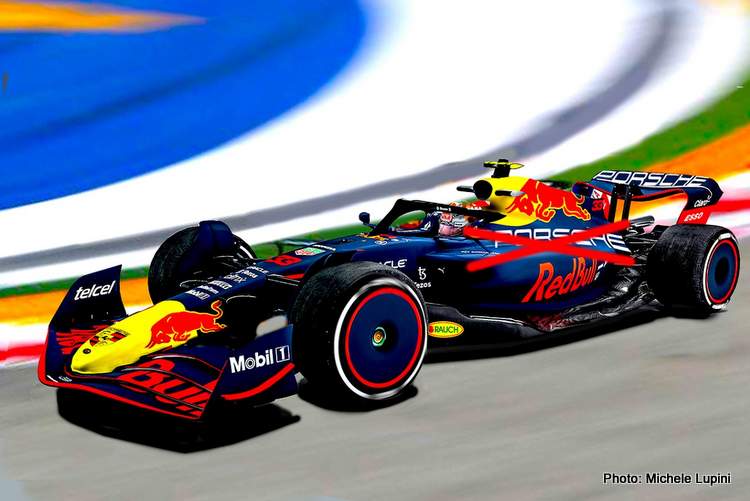 Red Bull jilted Porsche at the Formula 1 altar, shattering a dream partnership, but as the sport moves towards the 2026 power unit regulations; what next for Porsche?

Red Bull and Porsche were supposed to set up a 10-year F1 partnership. The Stuttgart carmaker would take up the Austro-British team’s new engine programme and buy a 50% stake in the race team. It should’ve been confirmed at the Austrian Grand Prix in July.

But the FIA delayed its wording of the 2026 power unit regulations that Porsche demanded prior to entering, and instead of the Porsche announcement, a high-powered Honda deputation pitched up in Austria to woo Red Bull.

A short while later, legal documents stating an August 4th wedding date surfaced in Morocco as part of early competition approvals; but that day also came and went. 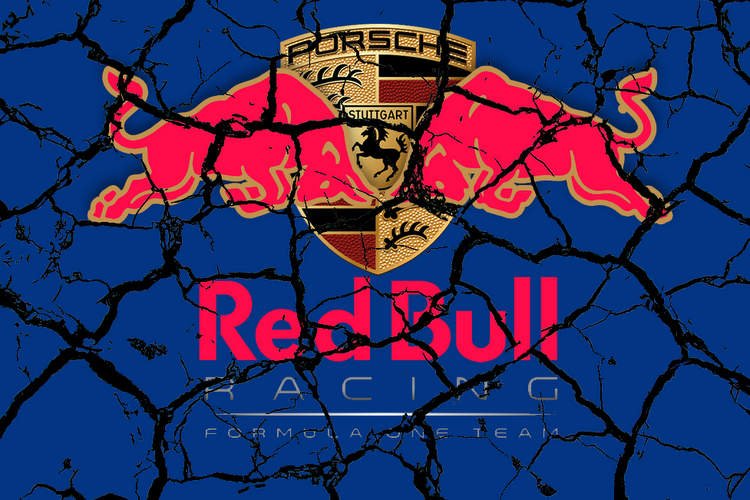 Red Bull team boss Christian Horner became concerned on sharing his team’s philosophy and DNA as negotiations went on. It became even more convoluted with Volkswagen Group sister brand Audi’s shock Belgian Grand Prix confirmation that it would be an F1 engine supplier from 2026 F1.

Audi appeared to jump the gun and failed to make any team announcement. But it did proudly confirm that it’s F1 power units would be Made in Germany.

It went on to admit that its new home F1 shop is being built with first bench tests not far off. Now this is indeed a moot point. 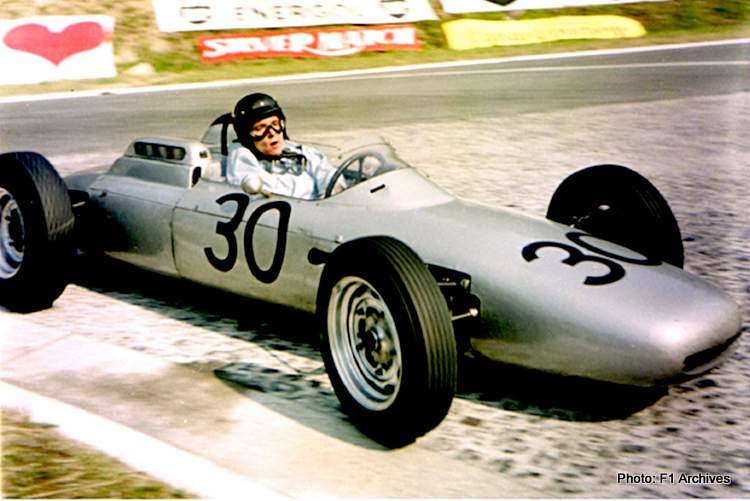 Now German nationalism is fierce. And it’s even fiercer regionally. There’s no secret that there is little love lost between Stuttgart brands Porsche and Mercedes. So, Audi subtly calling both out for their “Made in England” “German” F1 power units, and boasting that its four-ring units will actually be “Made in Germany”, may very well be a far bigger stumbling block in all of this than many give credit for…

So, while Red Bull sets about building its own engines, that may or may not be built by an army of poached F1 engineers and experts in England with Honda, Hyundai or even Aston Martin badges on their tappet covers, Porsche’s next engine move remains a mystery, as much as how it will handle its Formula 1 team selection remains a moot point. Porsche however admits that it must adopt an existing outfit to make F1 work.

Porsche does not have a glittering F1 record, bar supplying TAG branded engines to McLaren in the 1980s and winning one Grand Prix with Dan Gurney in France in 1961. Its other, most recent dalliance is not even worth mentioning.

But Porsche still wants a hands-on role. More so in fact, that than Red Bull wanted. And so that dream Red Bull Porsche partnership remains just that. Just a long-lost dream.

Porsche in F1 Without Red Bull 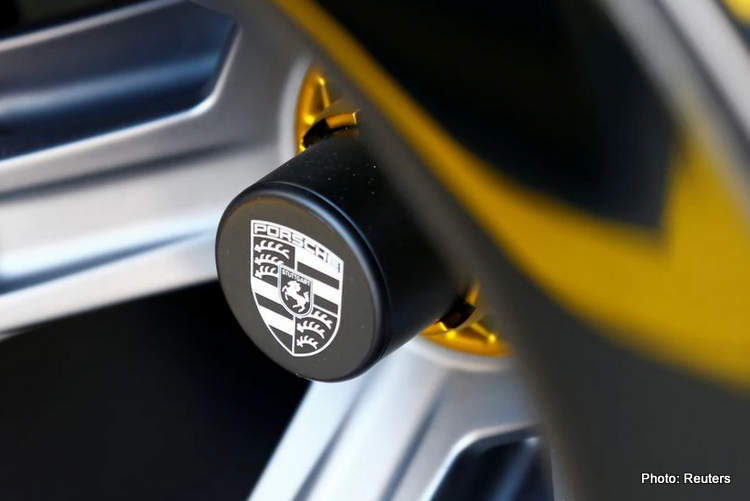 So, what of Porsche’s F1 plans? The carmaker said: “In the last few months, Dr. Ing. h.c. F. Porsche AG and Red Bull GmbH have held talks on the possibility of Porsche’s entry into F1.

“The two companies have now jointly come to the conclusion that these talks will no longer continue. The premise was always that a partnership would be based on an equal footing, which would include not only an engine partnership but also the team. This could not be achieved.”

Porsche is however clear that its F1 plans are by no means scuppered by the jilted Red Bull talks. Porsche stated: “With the finalized rule changes, the racing series nevertheless remains an attractive environment for Porsche, which will continue to be monitored.”

An interesting aside is that Porsche is imminently planning a stock exchange listing to take the brand public. F1 success in one of the biggest shows on earth can only benefit that. The only stumbling block appears to be the F1 requirement that any new power unit manufacturer should register its intention by 15 October 2022. which gives Stuttgart precisely a month to do so.

That’s another moot point, as surely F1 will extend its deadline to accommodate Porsche if need be.

Red Bull Fiasco Proves Nothing Can be Taken for Granted 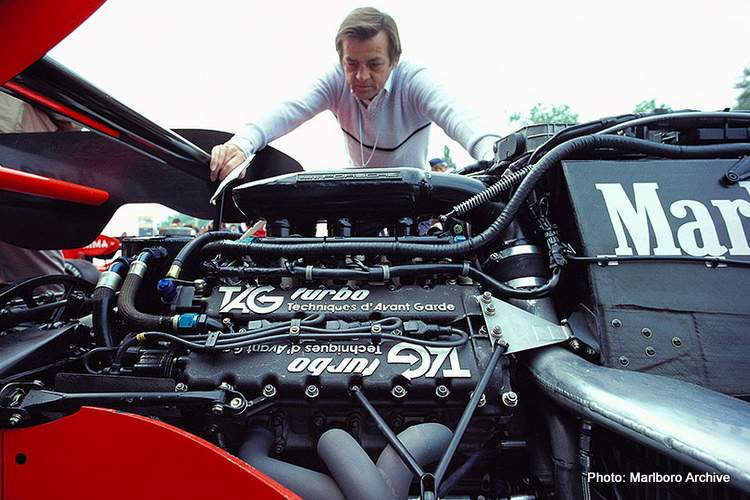 Sister brand Audi is however believed to have already done due diligence on F1 teams McLaren, Williams, Aston Martin and Sauber with a view to acquiring one of them. So that info is surely close at hand to Porsche. It is widely expected that Audi will take a stake in Swiss team Sauber.

Alfa Romeo has already confirmed that it will no longer brand Sauber from 2024, but as the Porsche/Red Bull saga has shown, this cannot be taken as given. Still, an Audi Sauber F1 deal appears to be in the offing.

Of the rest of those teams, one of F1’s most famous, Williams has to be of some attraction to Porsche. It is run by Volkswagen Motorsport’s hugely successful multi-Championship winning World Rally Team’s former principal Jost Capito. Technical director Francois-Xavier Demaison and sporting director Sven Smeets are also former VW men. But investment group Dorilton recently acquired Williams, so acquiring it will not come cheap.

Aston Martin is another interesting attraction. An F1 partnership there could also wrest the British firm’s Mercedes road car engine supply away and replace them with Porsche power.

And then there’s McLaren, which once won World Championships with TAG-badged Porsche engines. Of course, in the light of the Red Bull fiasco, nothing can be ignored as plausible. So Haas would be an interesting cue, especially considering it’s valuable to F1 US roots.

What about Andretti or Penske as a Red Bull Replacement? 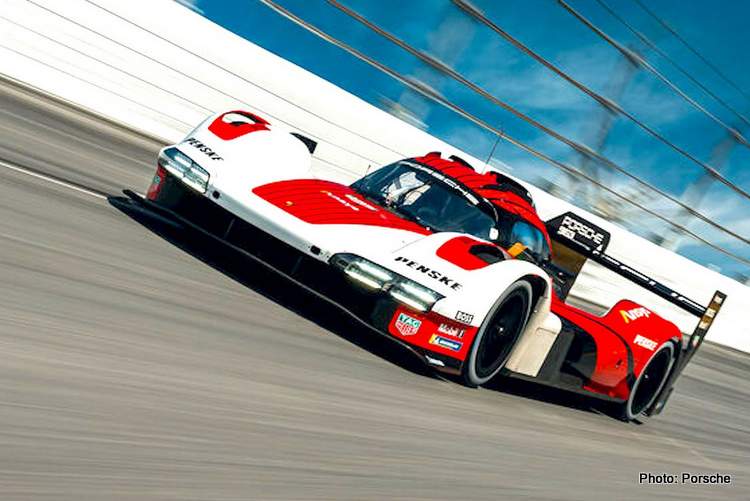 Talking America, one should never discount the Andretti angle. Michael Andretti is hell-bent on entering F1 despite significant pressure against an 11th team diluting F1’s current ten-way profit and prize money share. Andretti of course already ran Porsche’s Formula E entry, and he is doing his best to land team IndyCar driver Colton Herta an against-the-odds F1 seat in 2023. So, an entente is already on place there and such a move would literally kill two F1 entry need birds with one stone.

There is one other intriguing Porsche F1 team possibility out of the US. That’s Penske. A long time Porsche partner, Roger Penske’s Porsche roots go back 50 years to his incredible Can Am championship 917-30 with Mark Donohue at the wheel.

Penske also has unfinished business in F1 after a tragic dalliance in the 70s when Donohue lost his life. Penske has also just started yet another sportscar association with Porsche on its LMDh project commencing at Daytona in January, and Roger is known to want a way onto F1…

Whatever happens, Porsche’s F1 fate should soon become apparent, even if its registration deadline has to slip a bit more to accommodate this current dilemma. Either way, Porsche certainly appears intent to be on the 2026 F1 grid.

How Porsche achieves that just remains to be seen…