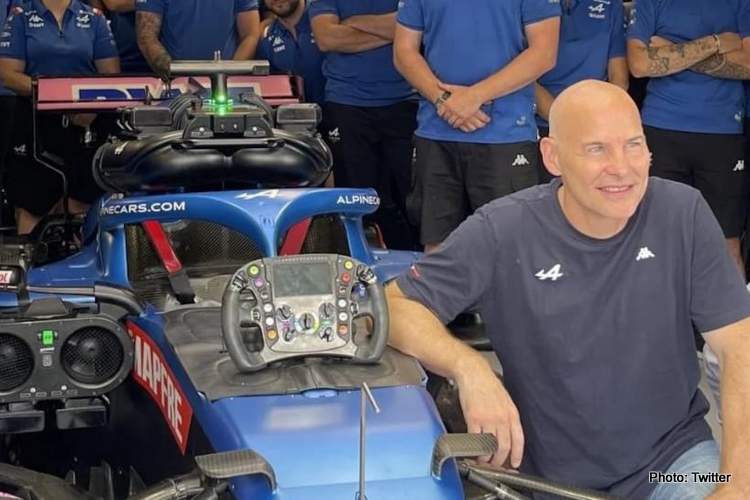 Jacques Villeneuve described driving a modern Formula 1 car like fast forwarding a movie after having the chance to sample Alpine’s 2021 A521 at Monza.

Alpine gave the Canadian the opportunity to test their 2021 machine a few days after the 2022 Italian Grand Prix at Monza, and he shed some light on his experience in a contemporary F1 car in comparison to the cars he used to drive during his F1 career between 1996 and 2006.

Villeneuve spoke to RacingNews365.com exclusively about his experience, and said: “The car was actually very stable, it’s quite simple to drive, but there is so much grip.

“The speed… your brain really struggles to comprehend this. You’re nailed to the ground and it feels like you’re watching a movie while you’re fast-forwarding. It’s really impressive,” he revealed.

Your brain remembers everything

“After the laps in the simulator, and seeing [Esteban Ocon and Alonso] drive, I saw where the braking point was. I thought: ‘Okay, your brain remembers everything: the racing lines and anything from 15-16 years ago.’

“Even the braking boards where you should brake, how you should [do it], everything is there.

“So that memory is not gone. But when you go with that memory, you hit the brakes, and finished braking, the corner is still 50 metres away,” the 1997 F1 Champion admitted.

Villeneuve, who won his F1 only Title with Williams, was surprised by the aerodynamics of the modern F1 car something he described as a “parachute” effect, and also touched on the physical strain he endured.

“Even without braking, it feels like a parachute is braking the car,” Villeneuve pointed out. “I can’t remember ever having the opportunity to drive such a stable car.

“I was afraid I couldn’t keep my head up, but I just managed to. Tonight, I am dying of pain!” he expected.

In order to prepare for his outing with Alpine’s A521, Villeneuve spent some time in the team’s simulator ahead of the 2022 Belgian Grand Prix, an experience he admits he did not enjoy.

It made me sick!

“It made me sick,” he said of the simulator. “When you step on the brake pedal, your brain thinks you are in an F1 car, it forgets you are in a simulator.

“It thinks you are getting the g-force, when you aren’t getting it. You are supposed to get weight on your head and arms, but you aren’t.

“That’s why the brain tries to make you sick – it thinks you’ve taken something you shouldn’t,” the winner of 11 F1 races explained.

“As long as your brain can dissociate real to simulator, then you are fine – it’s when you make it so real that your brain thinks you are in a race car.

“If you give me an XBOX controller, no problem because I am braking with the finger – I am in a game, no problem. But put me at home with a brake pedal, that’s when I get sick,” Villeneuve said.