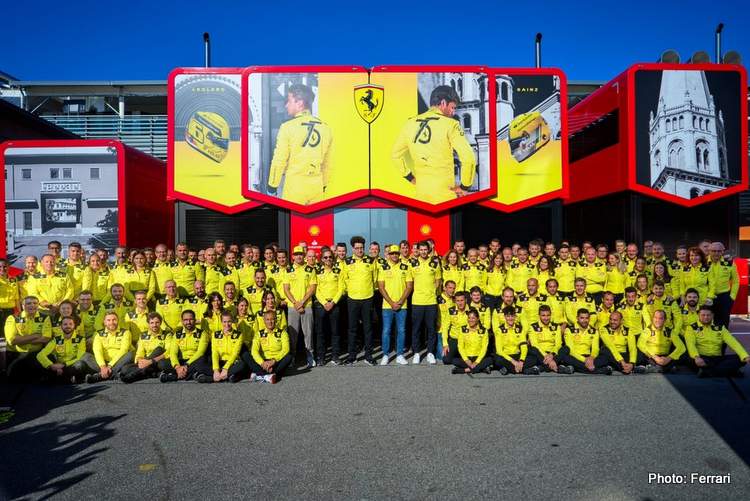 Just ahead of the 2022 Italian Grand Prix, Elkann went on the record saying that he was “not satisfied” insisting he required “progress and that goes for the mechanics, the engineers, the drivers and obviously, the entire management team, including the team principal”, something Mika Hakkinen tackled is his latest Unibet column after Formula 1‘s Italian weekend.

“There is always the feeling of extra pressure, and this cannot be easy on the management or drivers who need to keep working hard, pushing together and making sure they do not start to blame each other when things go wrong.

“It’s interesting to see the comments of the Ferrari Chairman, especially in public, as that adds more pressure on the team,” the Finn pointed out.

“I think this season has been difficult because they started with a quick car, race wins and a lot of confidence, but Red Bull have operated so efficiently, making so few mistakes and improving the car,” he added.

Ferrari fast in qualifying, Red Bull fast in the race

The 1998 and 1999 F1 Champion then delved into the race at Monza, highlighting what has become a trend, whereas Ferrari rule in qualifying, while Red Bull prevail on race day.

“This weekend [Monza] was a good example of how this season has worked out,” Hakkinen said. “Charles qualifying on pole position but Max winning the race.

“Charles’s Ferrari is quick, in fact when you think that he has taken 8 pole positions – half the races – he really can get the performance out of it over one lap.

“Max has only been on pole four times, but his race pace is just too quick and consistent, the car has such good straight line speed and he has no problem overtaking. We saw that in Belgium where he won from 14th on the grid, and here in Monza he was able to do it from 7th – and make it look easy,” he explained.

“As a driver you really want to have a quick race car, not a one-lap car,” the Flying Finn claimed. “I think Ferrari did a great job with Charles, they tried a different pit stop strategy to Red Bull, but Max just kept coming. This is his fifth race win in a row, he has won every Grand Prix since France, and Red Bull have really pulled ahead.

“I expect he will be celebrating his second World Championship in Singapore or Japan in early October unless there’s an incident or reliability issue,” the 53-year-old predicted.