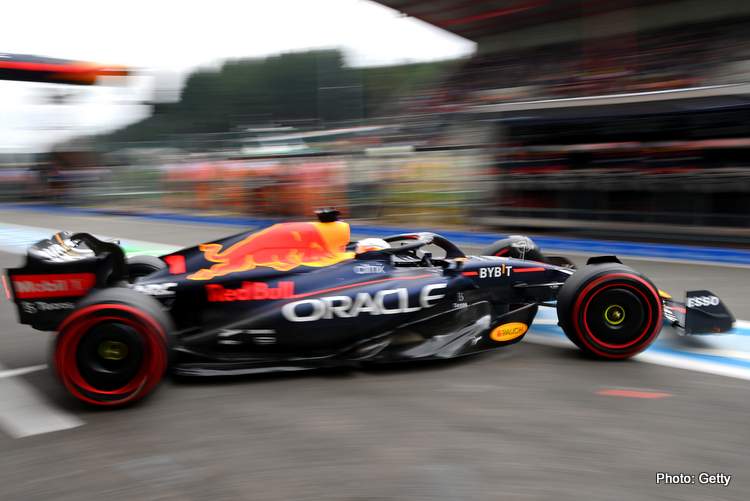 Red Bull’s RB18 has developed into a brilliant piece of kit which Max Verstappen duly used to win 11 races this season, but what is actually its performance differentiator? Tech Draft explains.

There is no denying that the competitive order of the 2022 Formula 1 World Championship has been defined by this year’s new and significant shift in the technical definition of the F1 machine, and whilst much of the performance development that has been realized by the teams throughout the season has indeed been derived from a progressive better understanding and refinement of their ground effect designs, it is probable that the ultimate performance differentiator is something a little more subtle and fundamental to the design of the Championship leader’s single seater, who in reality has an unassailable lead.

Why is the Red Bull RB18 superior? 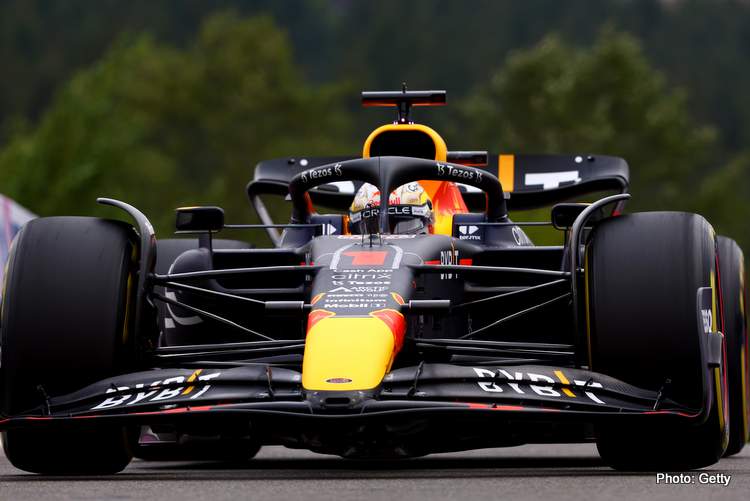 It is undeniable that Red Bull Racing were always going to be at an advantage in the ground effect era because its Chief Technical Officer, Adrian Newey, not only wrote his university First Class Honours degree thesis on the ground effect principle in aerodynamics, but he had already acquired a wealth of practical experience of the principle in an F1 operational context early in his career.

This is evidenced by Red Bull’s 2022 design, the RB18, having superior medium and high speed aerodynamic capabilities and low drag characteristics, in the absence of the “porpoising” bounce behaviour that the balance of the grid has been trying to understand and eradicate for most of this season.

Nevertheless, rather than being simply referring to a modern F1 car as a “design” in singularity, it would be more appropriate to consider it a rather complex integration of multiple systems that are designed to fit and operate together in harmony at the threshold of technical and physical capability, and therefore pinpointing Red Bull’s mastery of the ground effect as the decisive performance differentiator for the 2022 season is not a given. 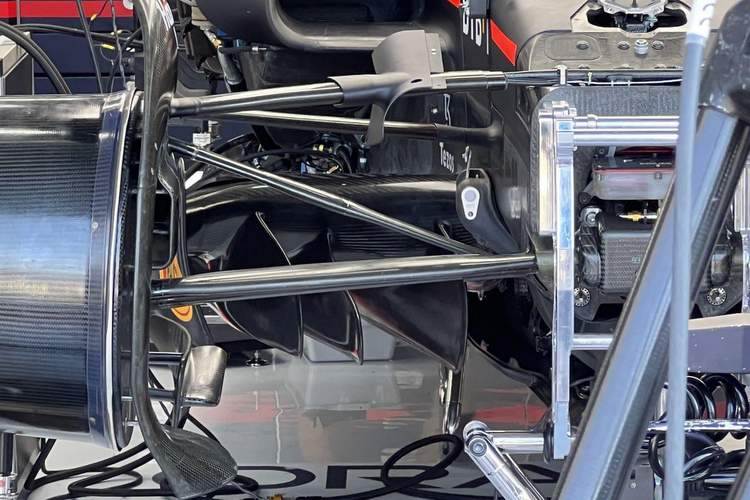 Most teams have adopted the push rod front concept because it allows for a stiffer front mechanism, albeit more linear in comparison to the pull rod option, which in theory will aid front ride height control, because it is what is termed as a first class lever system.

However, the front pull rod concept chosen by Red Bull and McLaren not only allows for a lower and better packaging capability for the suspension mechanisms, such as the rockers and torsion springs, but it also allows the rearwards moving airflow path to the ground effect Venturi throat to be better cleared of any disturbance that might induce the introduction of turbulent flow into the Venturi.

Furthermore, because the pull rod concept is a second class lever system, its characteristics are softer than the push rod concept, with the exception that as the front lowers under aerodynamic load the characteristics stiffen as it is a rising rate, which in the case of Red Bull might very well be a part of the reason why the “porpoising” effect has essentially been non-existent for the whole season.

When considering the rear of the RB18, the use of the pushrod concept has allowed for much tighter packaging of the suspension system, keeping it free from encroaching on the Venturi exit diffuser, increasing the efficiency of the ground effect, and the rear beam wing.

There is an interesting point of interest with the RB18 front top wishbone, though, when comparing it in the side elevation of the car to other 2022 designs.

The RB18 rear leg is mounted at an obvious angle to the horizontal to most other more parallel designs, which is indicative of what would traditionally be referred to as an anti-dive geometry.

An anti-dive geometry diverts the forces transmitted under high aerodynamic and braking loads away from the springs and dampers and through the suspension links with the intent of minimizing disruption to ride height, which once again seems desirable in the ground effect era.

With the dawn of financial and resource capping in modern F1 it is near impossible to redesign and manufacture a chassis with a change to pushrod/pullrod concept, or the incorporation of anti-dive (or rear anti-squat) geometry, but it would be expected that for 2023 most other teams will be adopting these concepts used so well by Red Bull in 2022.