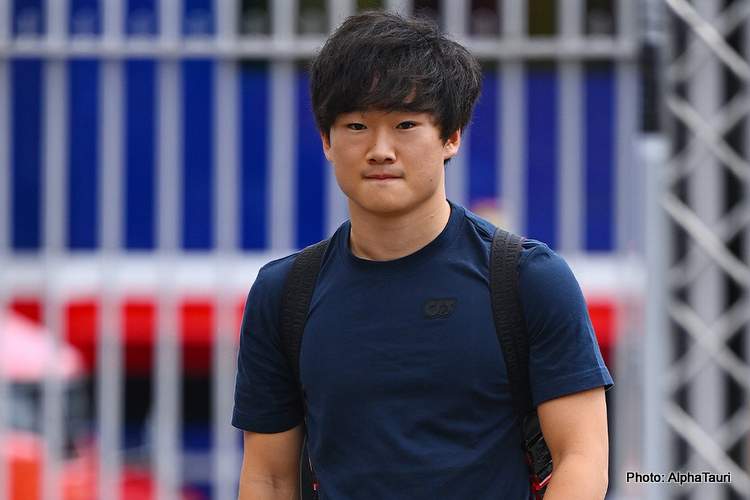 AlphaTauri’s Yuki Tsunoda will go to the back of the grid for Sunday’s Italian Formula 1 Grand Prix after racking up reprimands, engine penalties and a sanction for ignoring warning flags on Friday.

The Japanese driver picked up his fifth reprimand in 15 races at last weekend’s Dutch Grand Prix for driving on track with his seat belts loosened.

Previous offences – in Australia, Bahrain and Monaco – were for driving unnecessarily slowly and hindering other drivers.

At the Dutch Grand Prix he had stopped on track thinking a wheel was loosely attached, undoing his seat belts in the expectation of having to get out of the car.

Instead, the Red Bull-owned team told him the car was safe to continue and he then drove back to the pits in an unsafe condition.

Under Formula 1’s sporting regulations, receiving five reprimands – at least four of them for driving offences – during a season triggers an automatic 10-place grid drop.

Tsunoda was handed a further three-place drop for failing to slow when yellow warning flags were waved during second practice at Monza, while an engine change triggered an automatic back-of-grid penalty.

He was also handed two penalty points, taking his tally for the 12 month period to eight. Drivers who accumulate 12 in the space of a year get an automatic race ban.

“It’s going to be a difficult weekend, but a few cars have already announced they’ll be starting from the back of the grid too, so there are some opportunities there,” Tsunoda said. (Reporting by Alan Baldwin)

there are plenty of activities to keep an F1 driver busy through a race weekend, and a big part of that comes from the communications & marketing teams ✌️ pic.twitter.com/mOkzoCPOE5